It is no more news that the 2023 general elections will start soon, the election have recorded so many reactions on social media, as political parties and their respective Presidential candidates have continued to campaign in various states in the country.

It will interest you to know that Bola Tinubu is the presidential candidate of All Progressive Congress (APC), Atiku Abubakar clinched the presidential ticket of People’s Democratic Party (PDP) while Peter Obi won the ticket of Labour party (LP) 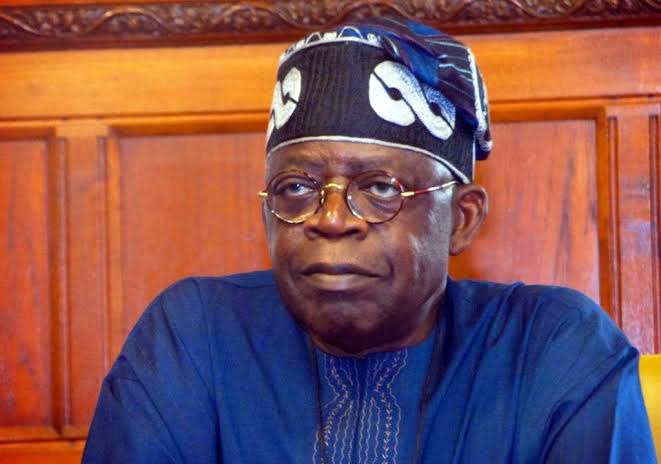 However, political parties and their candidates have continued to seek support from electorates without bribery or corruption.

Recently, A motorcyclist in Kwara State has narrated how they were allegedly promised N3,000 to attend the ruling All Progressives Congress presidential campaign in Ilorin, Kwara State on Tuesday. 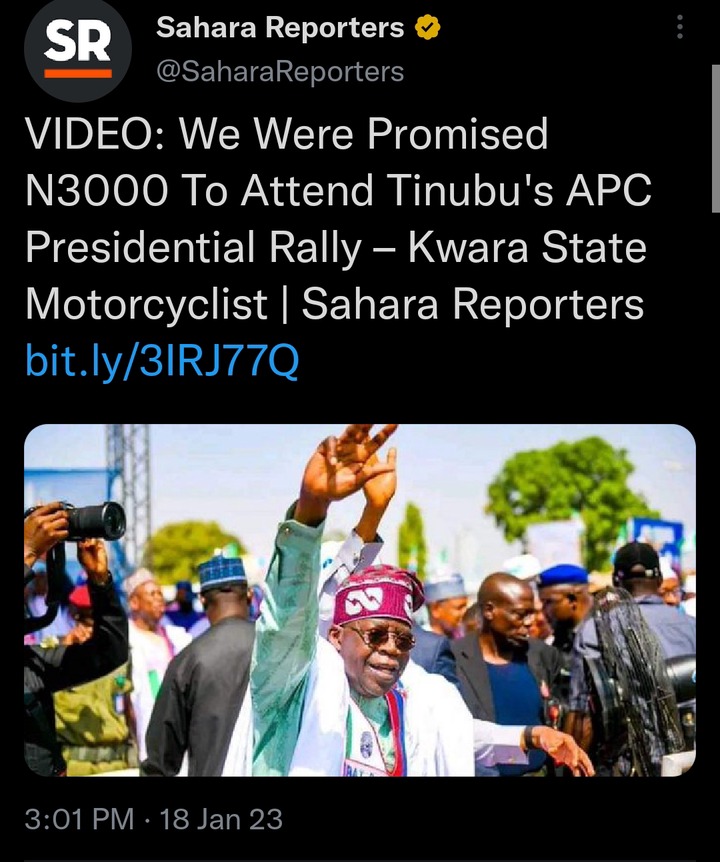 According to a video obtained by Sahara Reporters on Wednesday, the yet-to-be-identified man said all the commercial drivers, consisting of tricyclists, motorcyclists, and taxi drivers were mandated to attend the rally by their respective bodies.

From what I heard, any person that goes there will be given N3,000. And this is for the members, I don’t know of the executives. the man said in the video seen by Sahara Reporters.

Lastly, I urge all electorates to get their respective permanent voters card (PVC) so as to excercise their franchise.