According to Vanguard reports, it was reported that the Director General of the Presidential Campaign Council, PCC, of the All Progressives Congress, APC, Governor Simon Lalong of Plateau State, has declared that Bauchi State, like other times, will vote for the APC Presidential Candidate, Asiwaju Bola Tinubu, and his running mate, Senator Kashim Shettima. He also claimed that he and his team are working painstakingly to ensure that Tinubu becomes the next Nigeria President in order to ensure a better Nigeria for everyone.

According to gathered reports, it was reported that the Plateau State Governor disclosed this yesterday at the APC Presidential Campaign rally in Bauchi State.

According to one of his statements, Simon Lalong also said that “we have no choice but to support Tinubu because that is what Mr. President wants.” 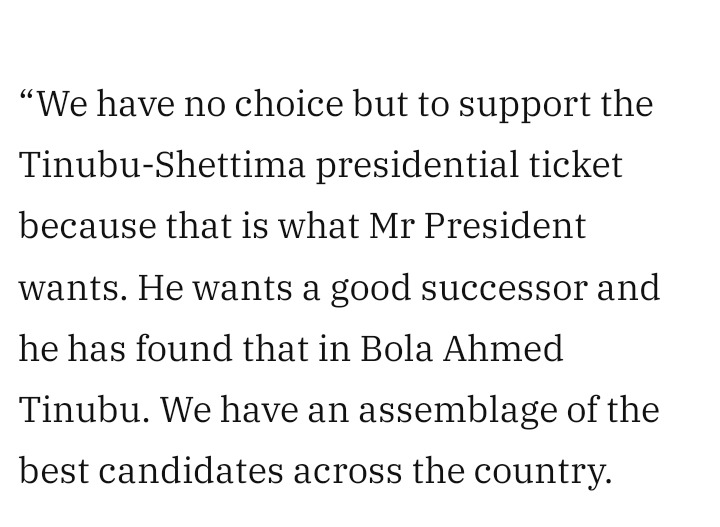 “This is because our dear president wants a successor who can continue his good works and that’s why the All Progressive Congress have chosen Tinubu because he is the most fit candidate to become the next Nigeria President.” He said

What do you have to say about this report?