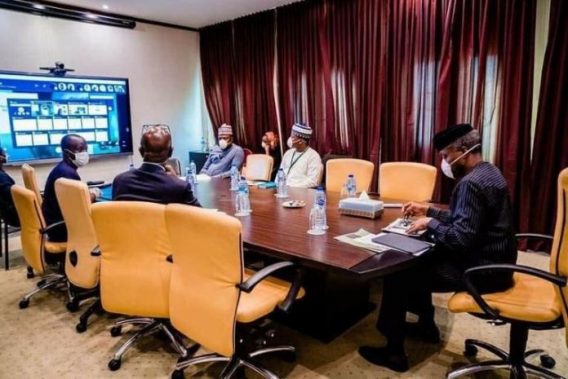 Nigeria’s Vice President Yemi Osinbajo has tested negative for coronavirus; 24 hours after he went into self-isolation; following fears he could have physically interacted with some persons who tested positive.

In a tweet by Senator Babafemi Ojudu, Special Adviser to the President of Nigeria on Political Matters the Vice President results have returned negative.

Mr Laolu Akande, Senior Special Assistant, Media and Publicity to the Vice President had on Tuesday disclosed that Prof. Osinbajo has begun social distancing and self-isolation.

“VP Osinbajo yesterday at the office conducted his meetings via video conferencing while observing social distancing.

“Today, he continues his work from the home office; as he is in self-isolation in accordance with NCDC protocols,” he tweeted Tuesday evening.

As at Wednesday morning, the total number of confirmed cases in Nigeria had swelled to 46 following the announcement of two new cases in Osun and Lagos by NCDC.

VP Osinbajo yesterday at the office conducted his meetings via video conferencing, while observing social distancing. Today, he continues his work from the home office, as he is in self-isolation in accordance with NCDC protocols. Photo: Tolani Alli pic.twitter.com/dRYqlTL8cc

Reported that according to presidential sources; the president’s Chief of Staff, Abba Kyari tested positive for COVID-19 on Monday, March 23.

This necessitated examining President Muhammadu Buhari for the virus; with the eventual result coming out negative.

The Nigeria Centre for Disease Control (NCDC) reportedly informed the president of his status on Tuesday.

Abba Kyari had travelled to Germany on Saturday, March 7th; to meet with officials of Siemens in Munich on the Nigerian electricity expansion programme.

He returned exactly one week later on Saturday, March 14th; but did not show any symptoms.

He was said to have been at a meeting on containing the COVID-19 pandemic in Nigeria all through Sunday; where he reportedly started to cough.

Subsequently, he voluntarily submitted himself for testing; and was informed of his status yesterday.

However, Kyari has gone into absolute isolation following the test result.