Skip to content
You are here: Home » NEWS » Visa Ban: Why Donald Trump’s decree on Nigeria makes no sense 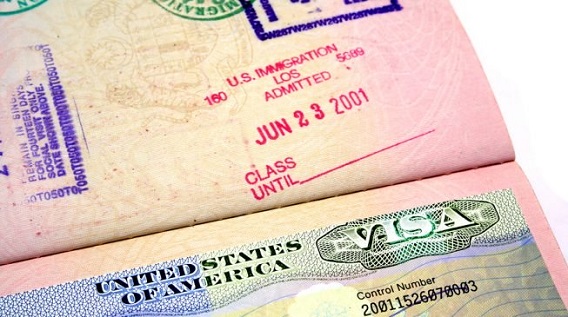 President Donald Trump of the United States had recently extended the country’s controversial travel ban list to impose a visa ban on Nigeria.

However, political observers were surprised that Nigeria; which happens to be the largest economy in Africa and the most populous nation on the continent, was included in the list.

While the Trump administration reportedly included Nigeria on the travel ban list to keep America safe from terrorists; CNN reports that the decision was not smart.

In its report, the news network quoted a report by Cato Institute; an American libertarian think tank headquartered in Washington, D.C; that Nigeria has not been responsible for any terror-related attack in America in over four decades.

Nigeria was added to the Trump administration’s controversial visa and travel bans list. @FareedZakaria analyzes whether this is a security measure or a result of Trump’s views on immigration. https://t.co/hwqBe8PA4l pic.twitter.com/sAQhilGah2

This was further analysed by one of the network’s anchors, Fareed Zakaria.

He maintained that if the reason for imposing a visa ban on Nigeria should hold ground; all visas including temporary should have been banned as well.

As stated by CNN, Nigerians are well-educated.

This fact is at variance with the initial immigration plan introduced by Trump who revealed he wanted high scale well-educated English people; who can assimilate easily and give back to the country.

Fareed Zakaria further noted that “According to the Migration Policy Institute, 59% of Nigeria immigrants aged 25 and older hold at least a Bachelor’s degree; that is nearly double the proportion for Americans born in the US.

“It is also more than the proportion of immigrants from South Korea, China, the United Kingdom, and Germany. Nigerian immigrants also get high scale jobs; 54% of them are in largely White-collar positions in management, business, science and the arts than barely just 39% of people born in the US.”

Zakaria explained that Nigerians in diaspora sent back billions in remittances; thereby contributing to a dynamic Nigerian economy.

According to the journalist, the Centre for Global Development reported that Nigeria is a country where the middle-class is increasing in education and aspiration.

One thought on “Visa Ban: Why Donald Trump’s decree on Nigeria makes no sense”