Skip to content
You are here: Home » NEWS » Visa ban on Nigeria may be lifted soon, says US

Visa ban on Nigeria may be lifted soon, says US 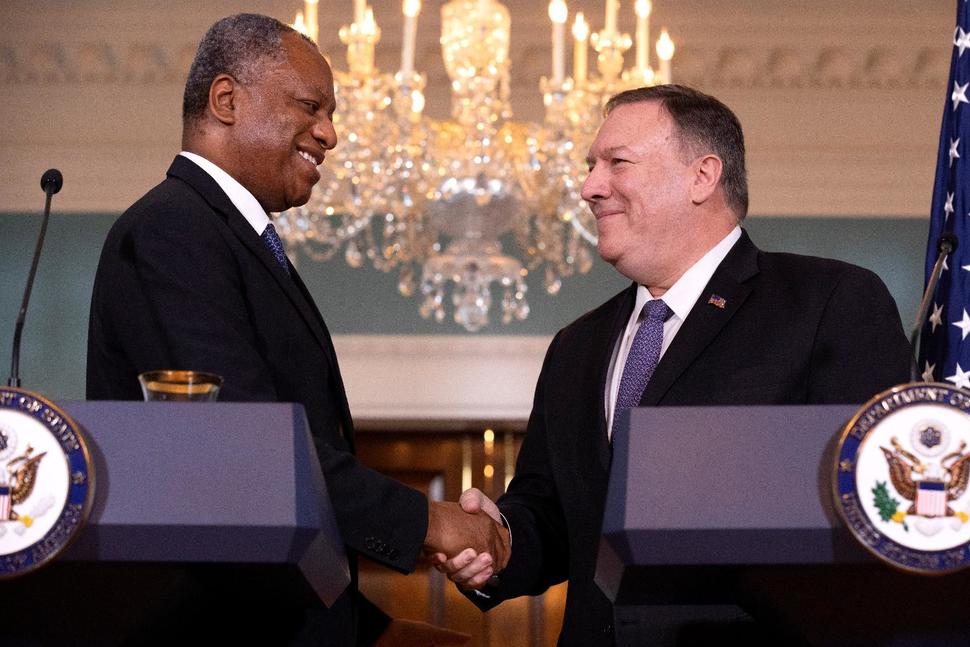 United States Secretary of State Mike Pompeo has expressed optimism that the visa ban imposed on Nigeria will be lifted soon. He spoke on Tuesday at a meeting with Foreign Affairs Minister, Geoffrey Onyeama.

However, Pompeo did not submit a specific timeline for the removal of the visa ban. Nevertheless, he expressed hope that Nigeria will take the steps needed to remove itself from the restrictions; imposed by the United States President, Donald Trump last week.

‘‘Nigeria has room to grow in sharing important national security information. I am optimistic that is going to happen,’’ Pompeo said.

Meanwhile, Onyeama disclosed that Nigeria had identified the issues behind the ban. Further, he revealed that steps were already being taken to address them.

“On the way here, or just before coming, we were somewhat blindsided by the announcement of the U.S. visa restrictions. We have identified all those requirements, we had actually started working on all of them,” Onyeama said.

Specifically, Onyeama revealed that Nigeria was close to creating an information sharing mechanism. This, he noted, would meet the criteria for passport security and sharing of criminal and terrorism information.

“We hope to have that up and running very soon and no longer running through third parties. Hopefully once that has been achieved we look forward to being taken off this visa restriction list.” 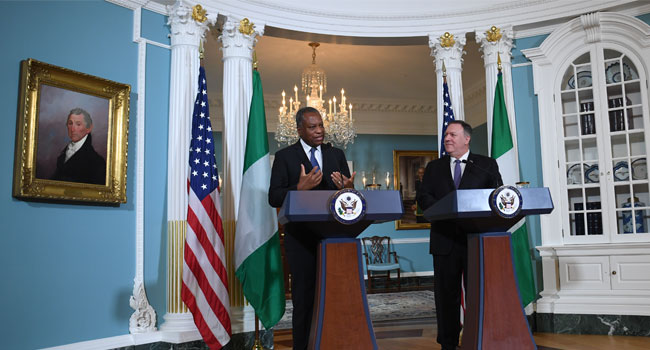 Indeed, 1st News had reported that Nigeria had been listed among six new countries imposed with a visa ban; by US President, Trump. Specifically, the visa ban meant that immigration from Nigeria is no longer possible. Other countries –  Eritrea, Myanmar and Kyrgyzstan were also banned from applying for visas to migrate under the policy. On the other hand, Sudan and Tanzania will be barred from participating in the diversity visa lottery; which randomly awards green cards to 50,000 immigrants annually.

Additionally, 1st News had reported that the Trump administration based its decision on the need to tighten security; especially for countries that fail to comply with U.S. minimum security standards or cooperate to prevent illegal immigration.

The visa ban on Nigeria takes effect on February 22, 2020. Nevertheless, it will not prevent travel by Nigerians coming to the United States on student and certain employment visas.

Nigeria is among six countries affected by the new restrictions. The others are Kyrgyzstan, Myanmar, Eritrea, Sudan and Tanzania.