Oshiomhole who for the past six(6) days has been on a ward tour in Edo north senatorial district, did not only get endorsement from the large number of supporters who came out en mass, he also went on a bulldozing mission of ripping PDP empty of their members in the senatorial district. He was also met with mammoths crowd who waited to receive him at Iuleha, before proceeding to Sobe and then Ozalla on Tuesday, all in Owan west. Oshiomhole on arrival first visited the traditional ruler of Ozalla to pay respect to the traditional ruler where he was asked to take a bow as a result of his performance as Governor. The Onatare of Ozalla assured him that they will mobilize to various polling unit and all their votes will go to the former governor and all APC Candidates.

He said, “you have done a lot for us, the only problem we have right now is that since you left office as governor, we have not seen any development in our land, we can’t wait to vote you in as Senator because we are very sure that you will continue from where you stopped, on this ground we pray that even your enemies will vote for you” as said by the Onatare of Ozalla. 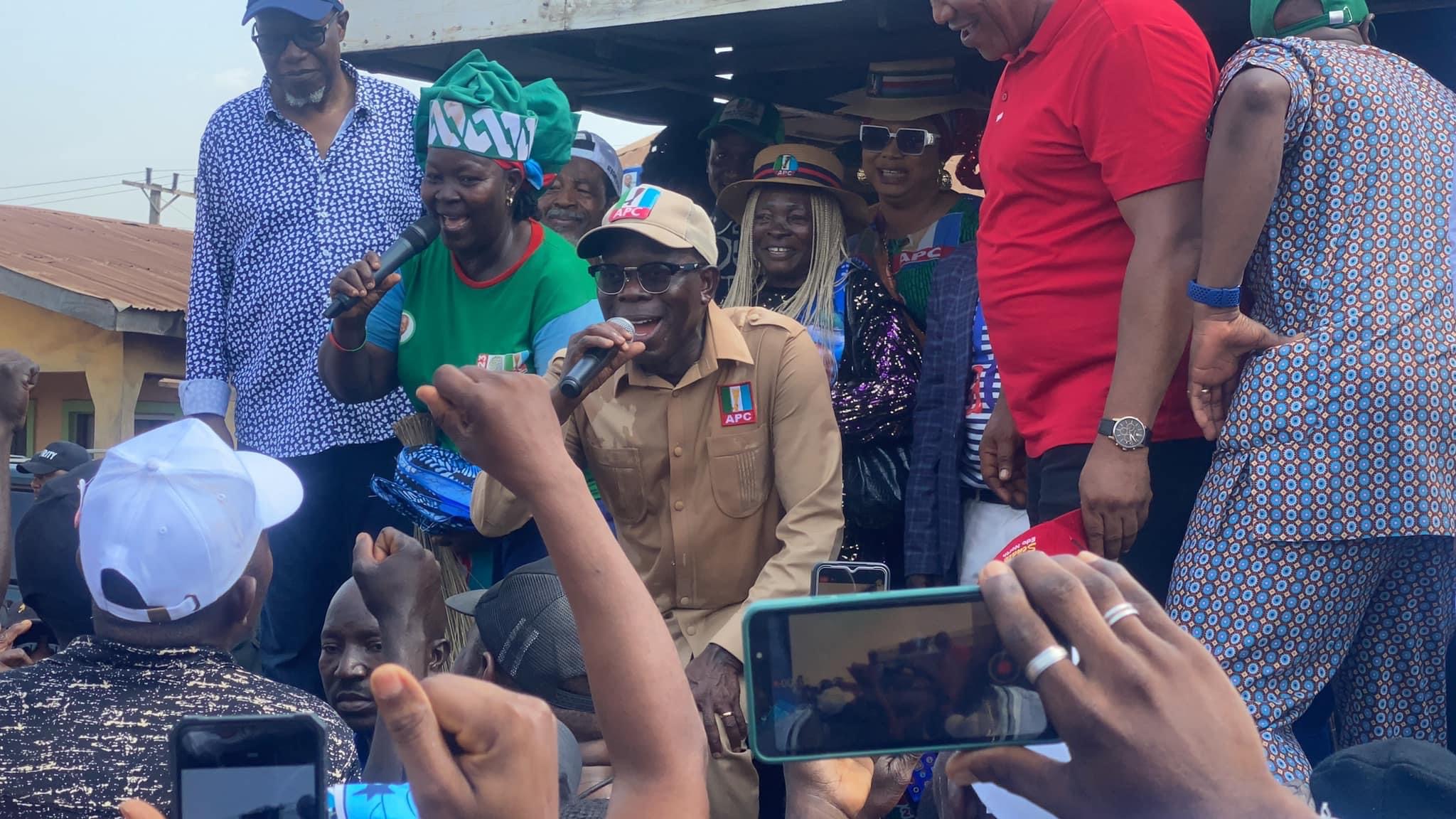 Oshiomhole in each of the visit promised the people of his readiness to continue his good work that he’s known for after he is elected Senator.