Skip to content
You are here: Home » NEWS » Uzodinma orders dismantling of all campaign materials in Imo State

Uzodinma orders dismantling of all campaign materials in Imo State 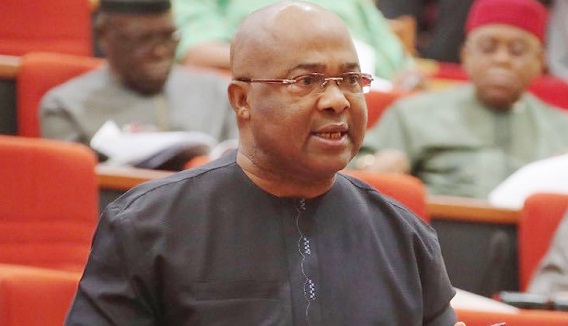 The Governor of Imo State, Hope Uzodinma on Thursday, March 19; mandated the dismantling of billboards and campaign materials across the state.

In a statement issued via Batos Nwadike, S.A. (Political) to the Governor; Uzodinma laments the “continued littering of the environment with billboards and branded campaign vehicles of the last general elections. The Government directs that they are dismantled forthwith.”

The Governor further explained that the presence of these campaign materials “gives a false impression that campaigns are still on, whereas the campaigns have since been concluded.”

The statement continues, “These billboards and branded vehicles are not for product advertisement. They are supposedly election campaign advertisement materials that only serve as a campaign strategy for the period of the campaigns.

“All over the world elections are periodic. Nigeria is no exception. Moreover, in keeping with the electoral act, the Independent National Electoral Commission (INEC) has stipulations on when campaign materials such as billboards should be hoisted and branded vehicles allowed.

“The processes for the 2019 general elections having been concluded, this is the time for governance. Imo people should no longer be given the false impression of a state preparing for elections, as the next general elections are still far away.

“Failure to do so would leave the Government with the only option of using its agencies to strip the billboards and impound the branded campaign vehicles.”

Uzodinma
Prev post Coronavirus Death In Italy Surpass China As 3405 Dies From Outbreak
Next Post Coronavirus: We’re on top of the situation, no cause for panic – Presidency