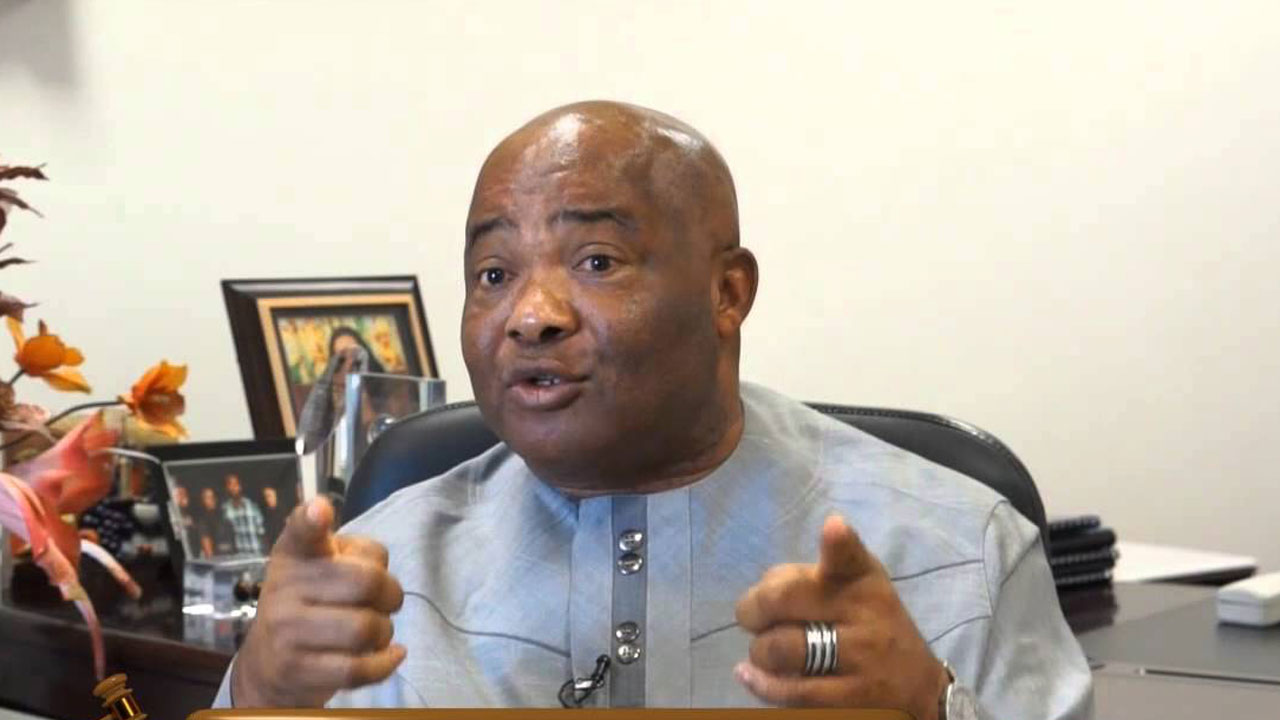 Governor Hope Uzodinma of Imo State on Sunday, April 5; directed a complete shut down of activities in the State as part of efforts to fully implement government’s measures against the spread of the coronavirus pandemic.

This was contained in a statement issued by the media adviser to the governor, Oguwike Nwachuku.

Uzodinma revealed the “measures necessitating the directive on complete shut down of activities is the planned fumigation of the nooks and crannies of Imo State”; scheduled to commence on Sunday.

It was further stated that a “pilot fumigation exercise was carried out on Friday; but the Governor had directed that full exercise commences on Sunday at the State capital, Owerri.”

He said the arrangement is in place to fumigate all parts of Imo State.

The governor also directed the operatives of the Imo State joint security outfit, “Operation Search and Flush” to ensure comprehensive enforcement of the directive on the suspension of all activities; socio-cultural, economic, political, religious among others.

Uzodinma appealed to Imo citizens to abide “by the directive and support every effort being made by the government to save the lives of the good people of the state.”

Also, the governor on Friday launched six isolation centres in Imo State; with a promise that directive on lockdown will either be relaxed or tightened depending on prevailing circumstances.

Uzodinma pleaded with the people to endure the hardship that could come with efforts to protect their lives against the coronavirus pandemic.

Meanwhile, the Ohanaeze Youths Council (OYC), a faction loyal to the breakaway faction of the Ohanaeze Ndigbo; led by suspended Secretary-General, Uche Okwukwu, has accused the Minister of Humanitarian Affairs and Disaster Management; Sadiya Farouq of nepotism.

Ohanaeze alleges that Farouq excluded Igbos from the federal government’s COVID-19 Stimulus packages; to cushion the negative effects of the economic as well as a social lockdown.

This was contained in a statement issued on Saturday, April 4.

The group further stated the Minister of being biased and also sectional for denying Igbos their legitimate rights to benefit from the palliatives.

As a result, Ohanaeze demanded the immediate resignation of Farouq; for allegedly sectionalizing such national affairs to the detriment of people’s lives.