The Department of State Security Service operative who killed a newspaper vendor in Abuja has been named.

The DSS operative was a member of Speaker Femi Gbajabiamila’s security detail.

Gbajabiamila on Friday identified the DSS agent as Abdullahi Hassan.

Hassan shot and killed an Abuja vendor named, Ifeanyi Okereke on Thursday at the Federal Secretariat in Abuja.

“Hassan has been handed over to the appropriate authorities for investigation as well as administrative and judicial actions.” he said. 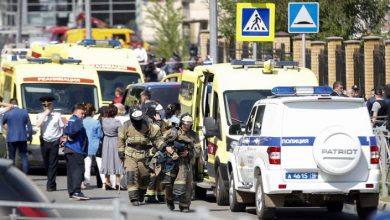