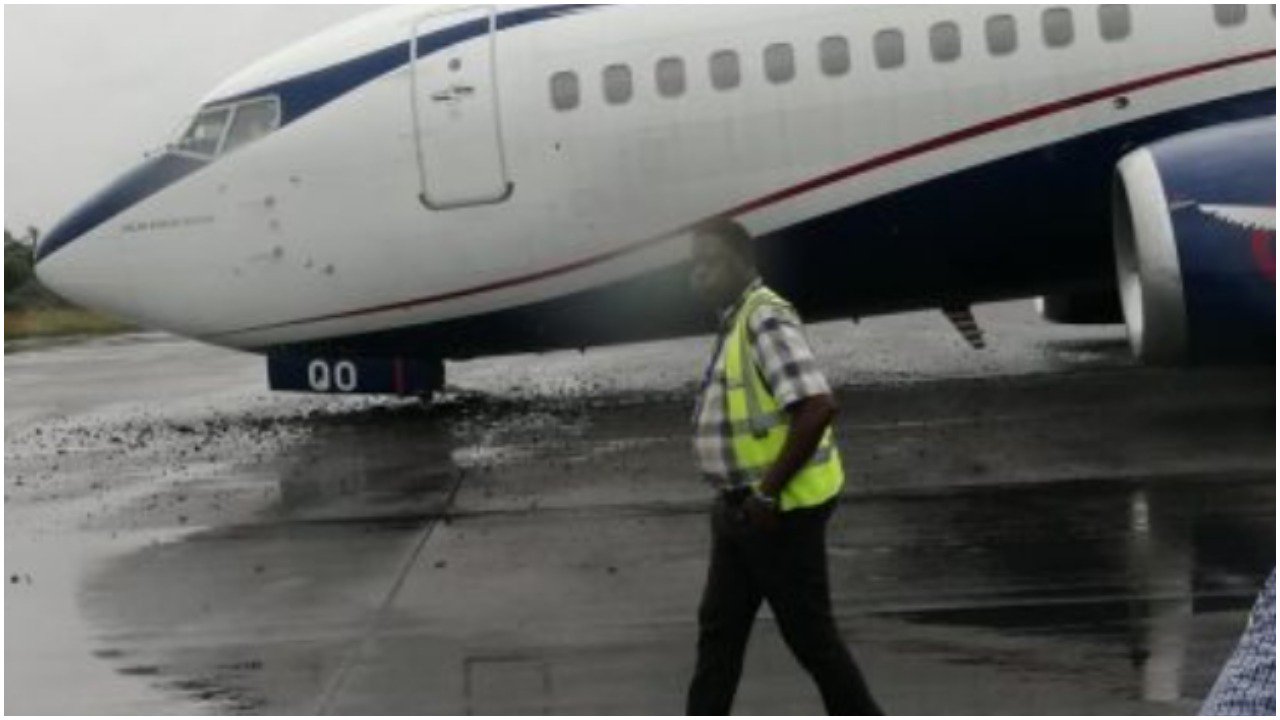 Tragedy was on Tuesday averted at the Murtala Mohammed International Airport, Lagos State, as flight B737 aircraft belonging to AirPeace lost one of its front tyres.

The aircraft, which took off from Port Harcourt, Rivers State, crashed-landed as the female pilot tried to control the situation.

However, no casualty was recorded as emergency personnel were on ground to have the situation in full control.

The management of Air peace is yet to give details on the situation.