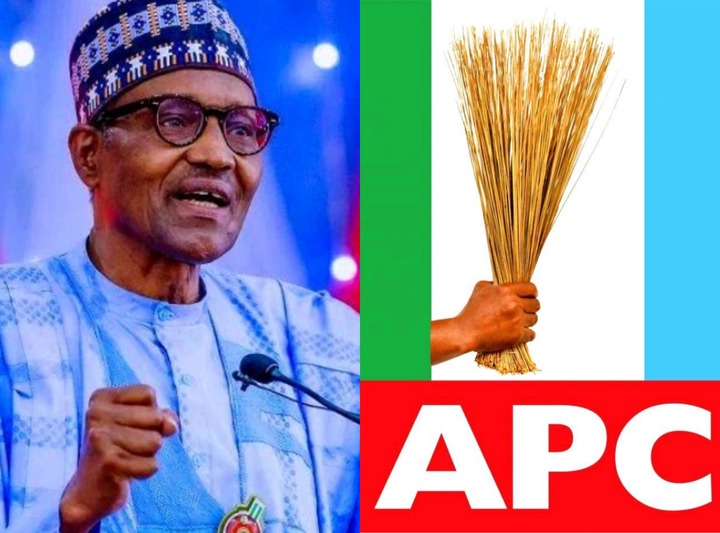 I Have Not Disappointed Anybody – Buhari 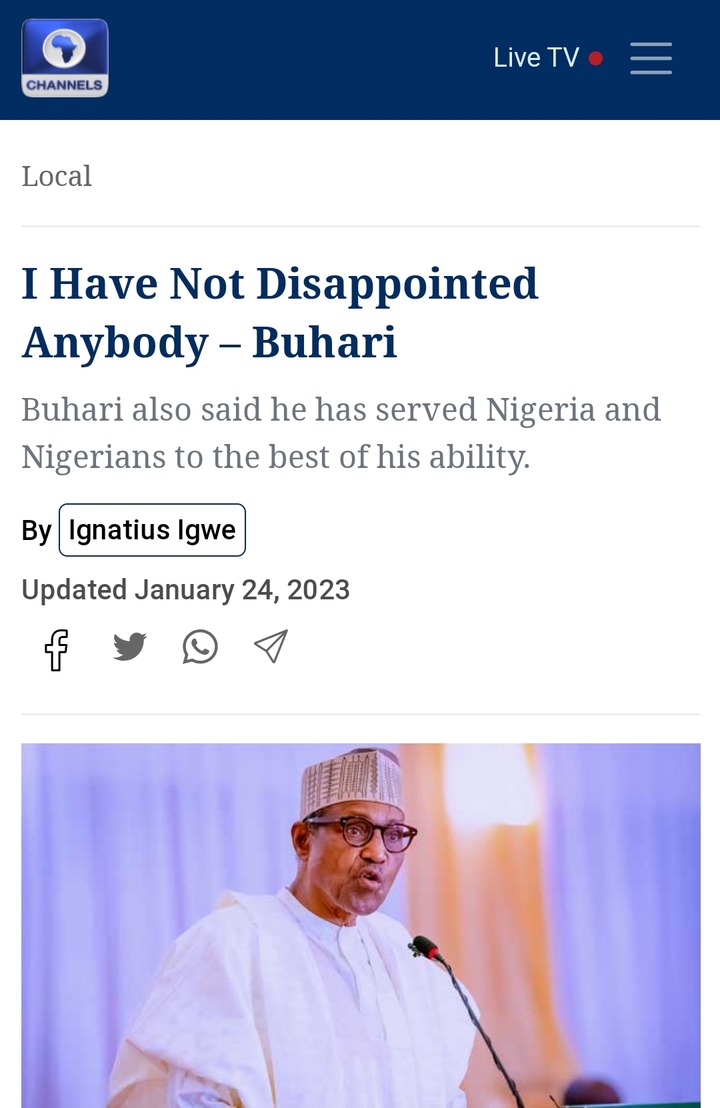 The President stated this during a courtesy call on the Emir of Bauchi, His Royal Highness (Dr) Rilwanu Suleiman Adamu in continuation of the All Progressives Congress (APC) presidential and gubernatorial campaign rallies.

“I normally call on Emirs and Chiefs, whether on political or personal tours to States to show my gratitude,” Buhari was quoted as saying in a statement by his spokesman, Femi Adesina.

“I like to mention that between 2003 and 2011, I visited all the local governments, and in 2019, when I was seeking my re-election for a second term, I visited all the States of the Federation and the people that turned out to see me were more than what anyone could buy or force and there, I made a promise and pledge that I will serve Nigeria and Nigerians to the best of my ability and so far, I have not disappointed anybody.” 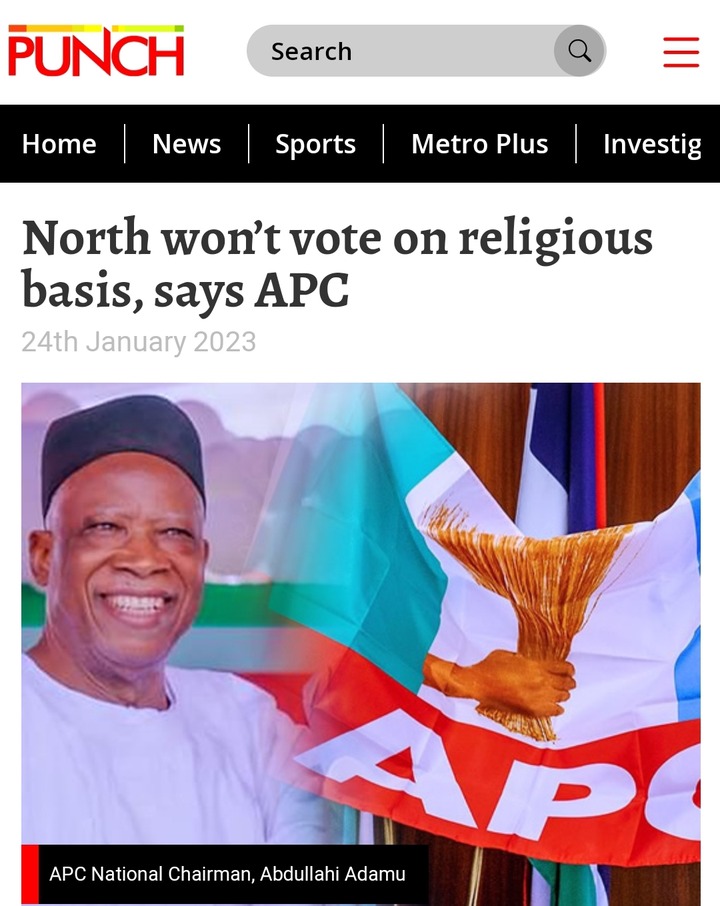 The All Progressives Congress, on Monday, took strong exception to what it called the ploy by the Peoples Democratic Party to portray the North as a region blinded by religious sentiment when it comes to electing Nigeria’s political leaders.

The party was reacting to a statement credited to the Director of Strategic Communication of the Peoples Democratic Party Presidential Campaign Council, Dele Momodu, who while giving reasons for a possible victory of his party’s presidential candidate, Atiku Abubakar, said the North would not vote for a “fake Muslim”.

“The North will not vote for a ‘fake Muslim’ in the name of a pretentious and mischievous Muslim/Muslim ticket. The scam is dead on arrival,” Momodu said.

Why I will not leave my marriage over infidelity — Patience Ozokwo 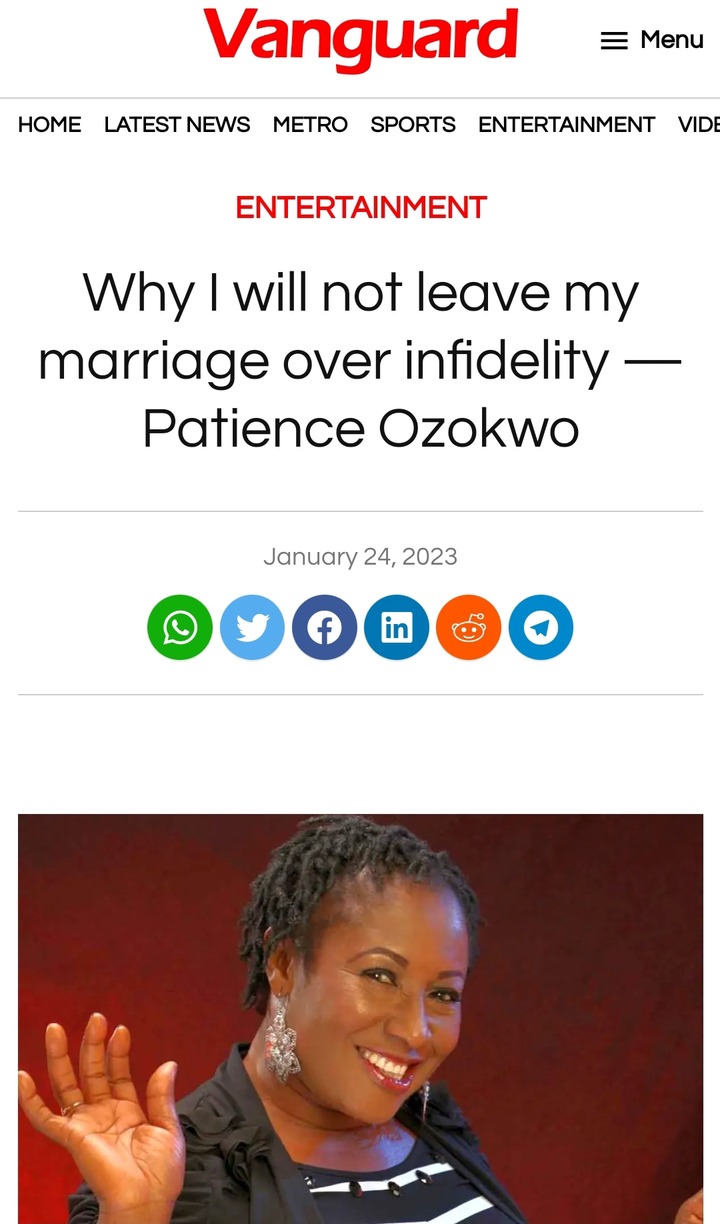 Nollywood actress, Patience Ozokwo, has revealed why she will never leave her marriage over infidelity.

The actress made this known during a recent interview on Mercy Johnson’s weekly cook show, ‘Mercy’s Menu’.

Mercy asked her what was her opinion on infidelity, she replied saying, “She was not going to leave her marriage for anyone.”

The Nollywood matriarch said: “Me, I’m not going to leave my house for anybody. You are the visitor that came in. Find your way out. 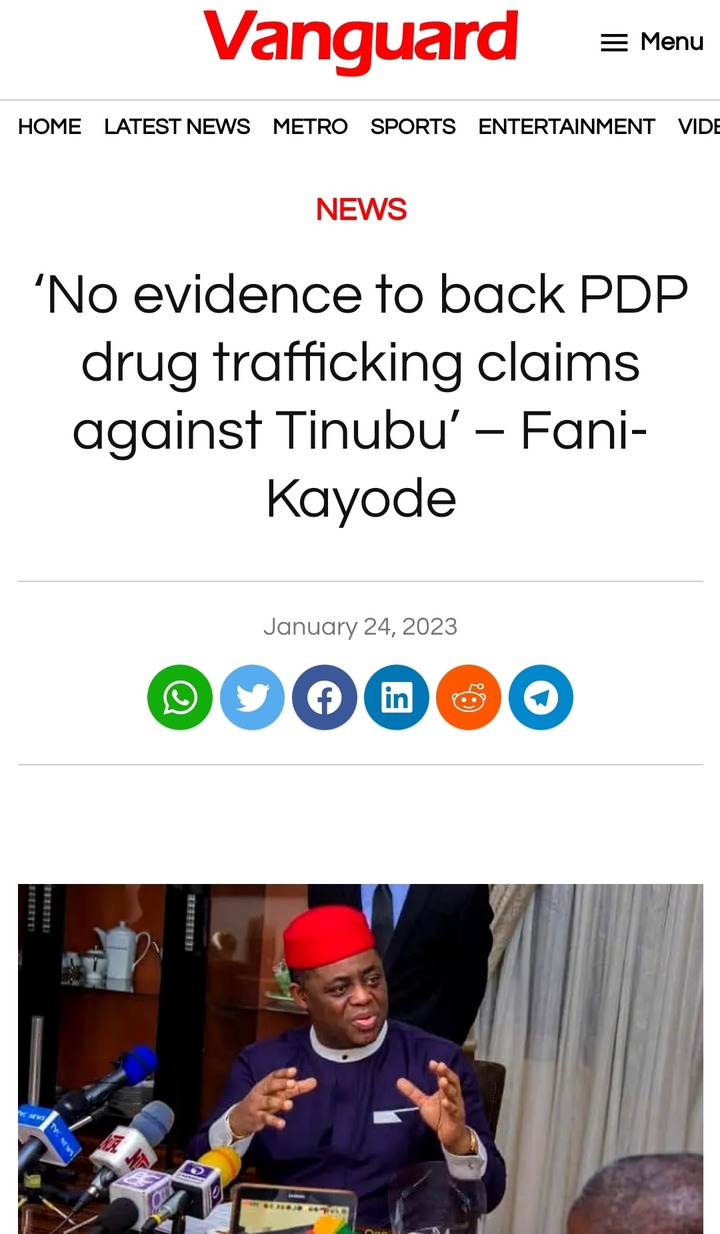 A spokesperson for the ruling All Progressives Congress Presidential Campaign Council, APC PCC, Femi Fani-Kayode there’s no evidence to back the People’s Democratic Party, PDP drug trafficking claims against Asiwaju Bola Tinubu, the presidential candidate of the APC.

Fani-Kayode stated this in an interview on Channels Television’s Politics Today on Monday.

The former Minister of Ation, who faulted the PDP for its suit challenging the candidacy of in the February 25th presidential elections, described the claims as baseless.

According to Fani-Kayode, the case is being initiated by the PDP as a smokescreen to deflect from the APC’s own case against the PDP presidential candidate, Atiku Abubakar, for alleged corruption. 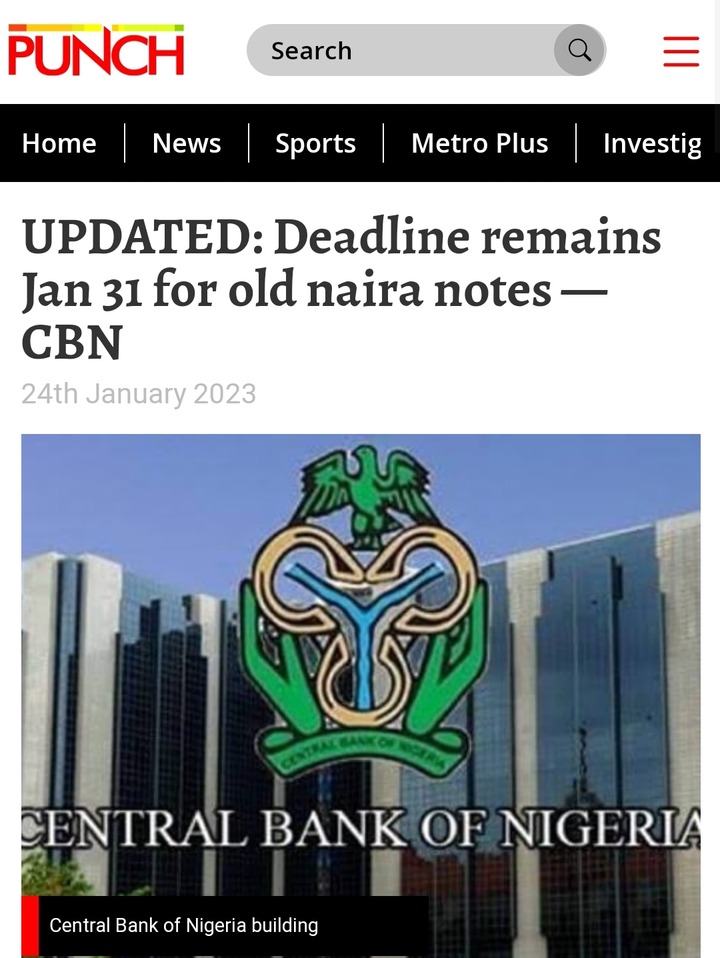 The Central Bank of Nigeria has insisted that there is no going back on the January 31 deadline for the old 200, 500 and 1,000 naira notes, as they will cease to be legal tender in the country.

The CBN Governor Godwin Emefiele reiterated the apex bank’s stance after the Monetary Policy Committee meeting in Abuja on Tuesday.

Emefiele also insisted that enough time had been given to Nigerians to swap their old naira notes for new ones.

This is as he also said that kidnapping and ransom-taking had reduced since the three banknotes were redesigned.