Delta State Governor Special Assistant on Media Mr. Ossai Success has said that the Presidential Candidate of the Labour Party Mr. Peter Obi can’t fix Nigeria.According to him, the level of competence and experience needed to fix this country is not found in Peter Obi.

He said Peter Obi is good at identifying Nigeria’s problems but not good at telling Nigerians the solution to our problems.

“I love Mr. Peter Obi as a person but the fact is that Nigeria’s Problems are bigger than Obi’s capacity considering his antecedents.

The level of competence and experience needed to fix this country is not found in Peter Obi as Nigeria at this time can’t afford to elect someone that knows our pains but can’t fix it. 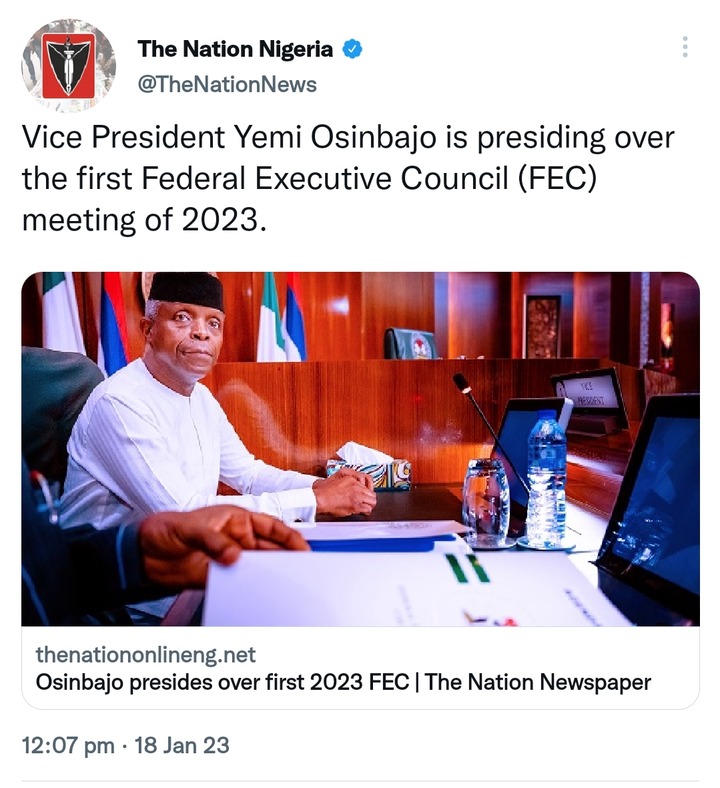 In what seems a first since COVID-19 protocols were put in place in 2020, several Ministers and their Ministers of State are physically at the Council Chambers.

Also present are the Secretary to Government of the Federation (SGF), Boss Mustapha; the Head of the Civil Service of the Federation, Dr Folasade Yemi-Esan; and the Deputy Chief of Staff to the President, Dr Adeola Ipaye.

Before the commencement of the Council meeting, members held prayers, led by the Minister of Youth and Sports, Sunday Dare, and his Ation counterpart, Senator Hadi Sirika. 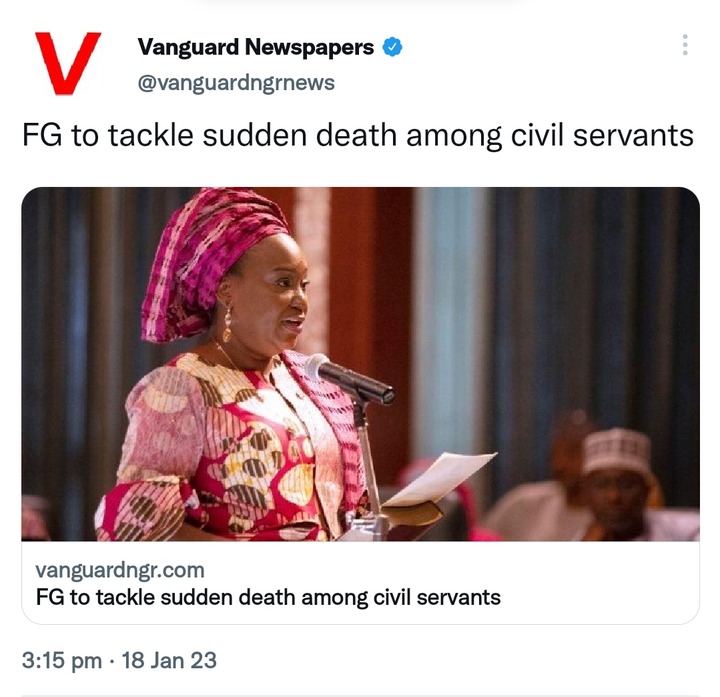 As part of efforts to promote a healthy workforce in the Civil Service, the Head of the Civil Service of the Federation, HoCSF, Dr. Folasade Yemi-Esan, has established a new wellness centre in the Federal Capital Territory, FCT, Abuja.

This was as she urged civil servants to eschew sedentary lifestyles, adding that such lifestyle contributes greatly to sudden deaths occasioned by ailments caused majorly by stress.

According to her, a healthy body translates into significant reduction in medical conditions, thereby enhancing the output of workers, in particular, and the attainment of national developmental goals, in general.

Yemi-Esan said this during the commissioning of the Centre, on Tuesday, in Abuja.

I’m Prepared To Be Jailed – Keyamo. 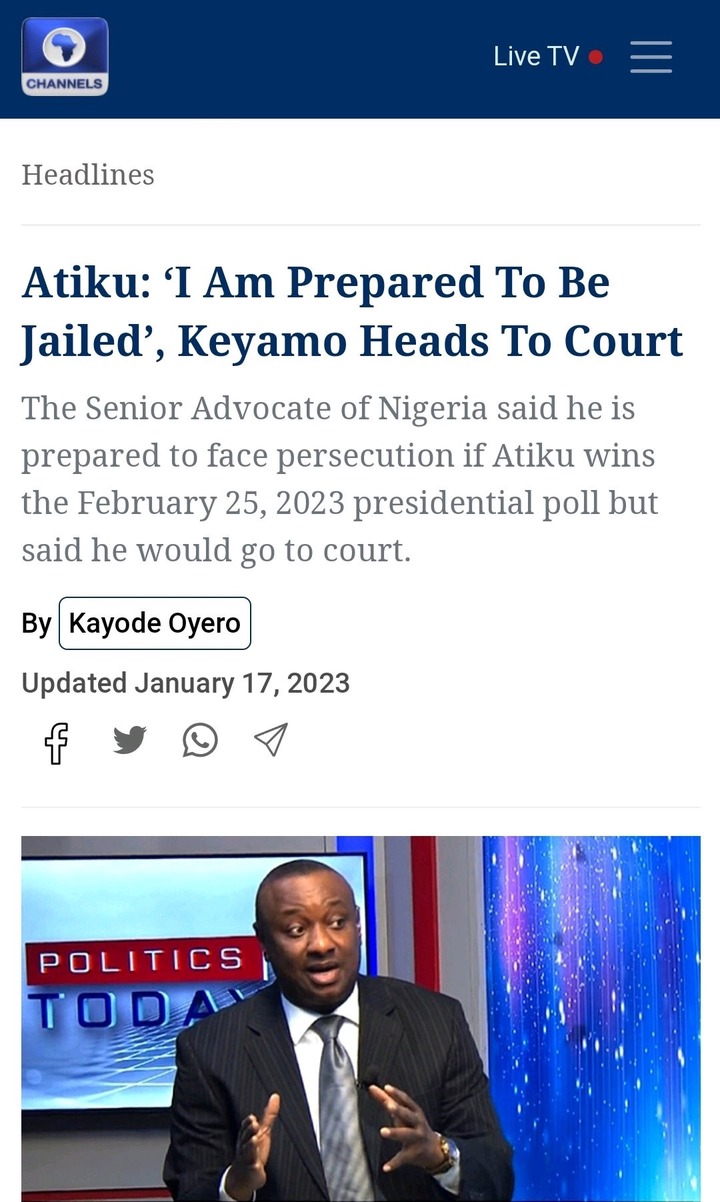 “I am going to court. If they (PDP) wish this thing away, it won’t go away,” Keyamo, a serving Minister of State for Labour and Employment, said on Channels Television’s Politics Today programme on Tuesday.

In a viral video, a whistleblower, one Michael Achimugu alleged that Atiku used Special Purpose Vehicles to usurp funds as vice-president between 1999 and 2007.

Keyamo and the APC campaign council subsequently petitioned the Economic and Financial Crimes Commission (EFCC), the Independent Corrupt Practices and other related Offences Commission (ICPC), and the Conduct of Conduct Bureau (CCB) and gave them 72 hours to arrest the former vice president over corruption allegations. 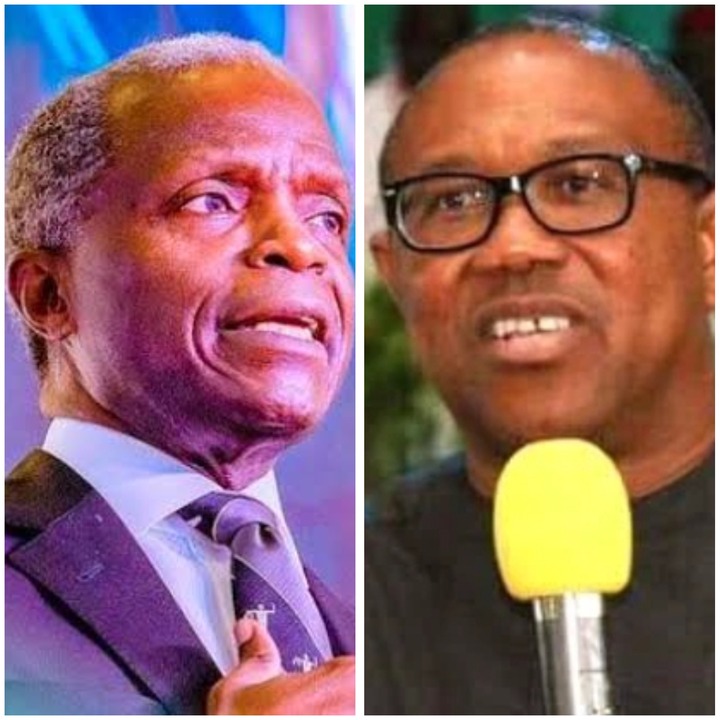 I Wanted To Work With LP, But It Was Under Serious Media Hype & They Couldn’t See Reason – Kwankwaso