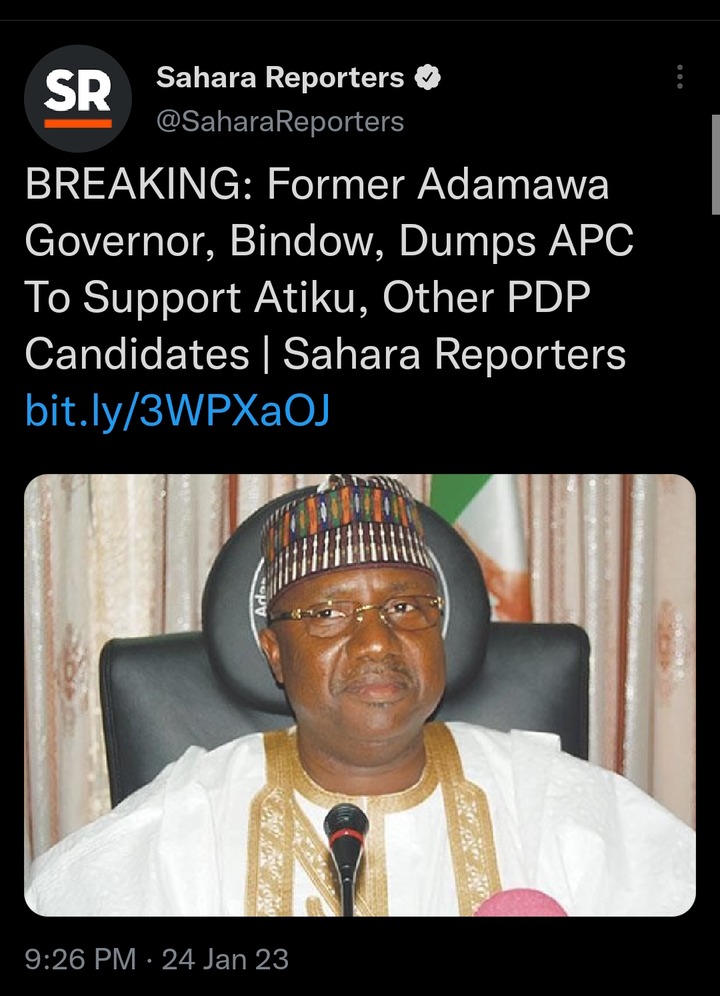 The immediate past governor of Adamawa state, Jibrilla Bindow has dumped the ruling All Progressives Congress (APC) ahead of the general elections in Nigeria.

Bindow, who confirmed his defection to SaharaReporters on Tuesday, said he took the ‘painful decision’ because of the need to salvage the nation. 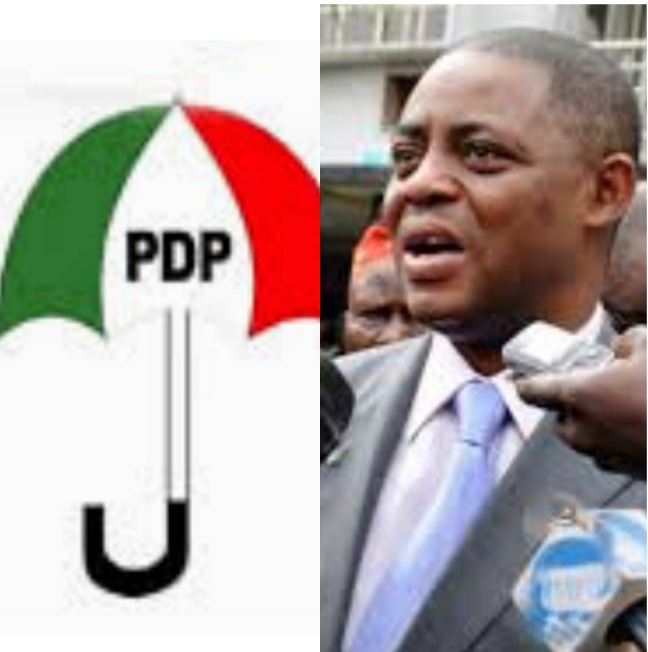 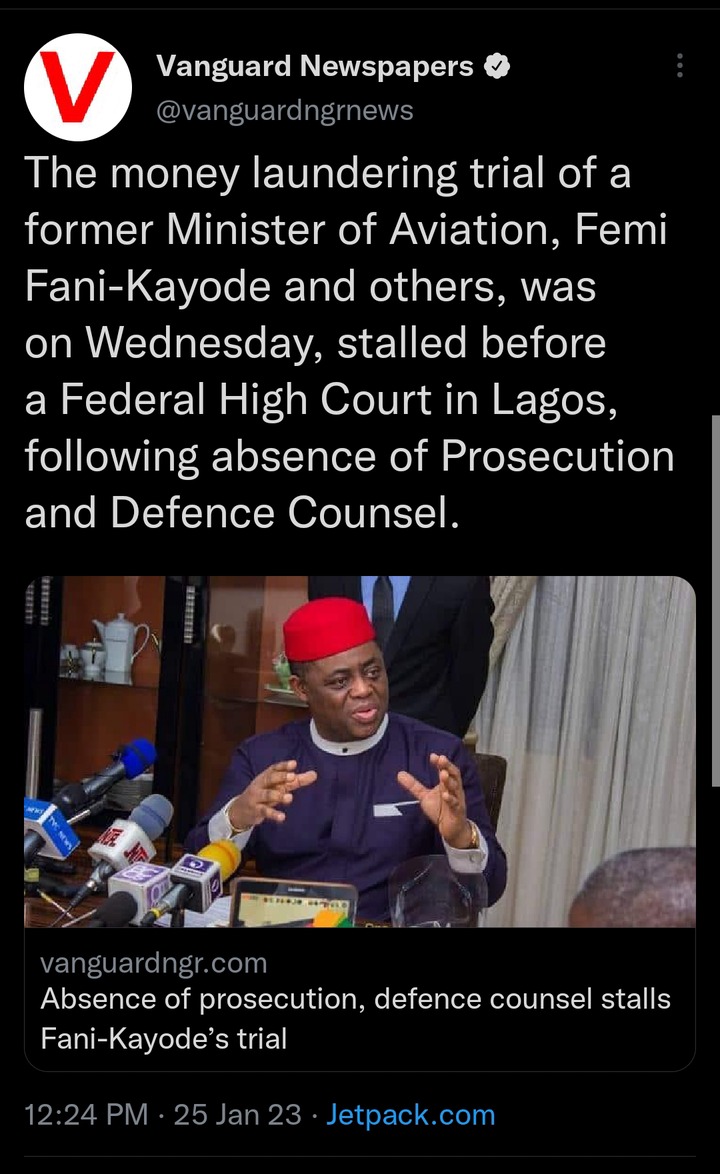 The money laundering trial of a former Minister of Ation, Femi Fani-Kayode and others, was on Wednesday, stalled before a Federal High Court in Lagos, following absence of Prosecution and Defence Counsel.

The case which was initially fixed for continuation of trial could not proceed as the prosecution and defence counsel were said to be appearing at the court of appeal.

We Will No Longer Allow Strikes And Riots Around Airport Again 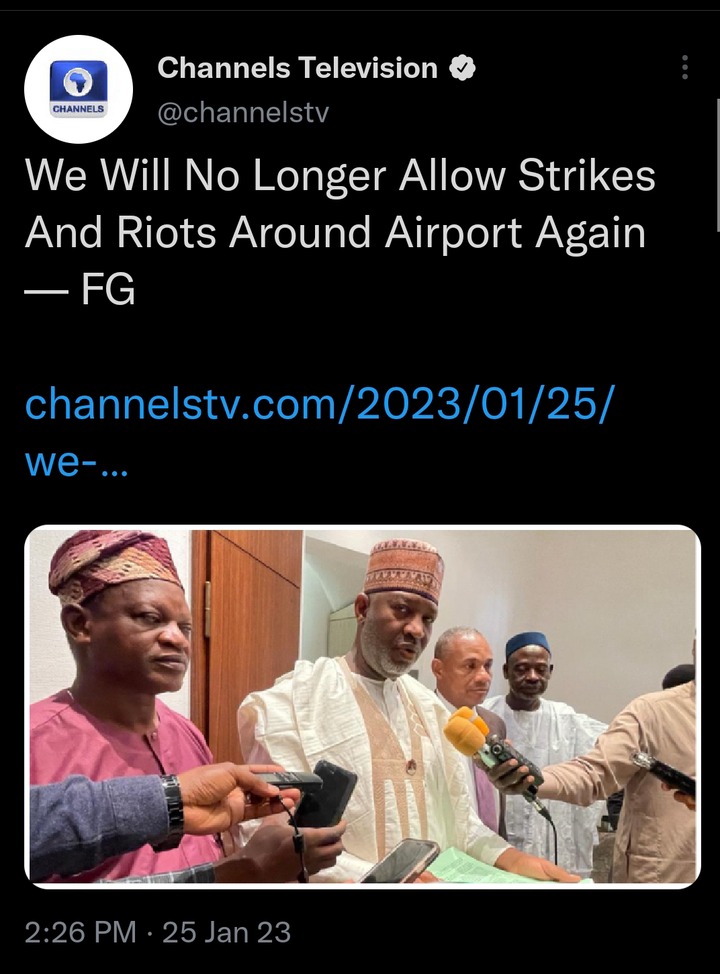 The Federal Government has disclosed that it will no longer permit strikes by Ation workers around the airport, because not only does Ation offer essential services but the act is prohibited by law.

In a chat with state house correspondents, the Minister of Ation, Hadi Sirika stated that the FAAN Act has been assented to by President BUHARI, mandating the strict prohibition by law, and also passed by the National Assembly.

Wike Speaks On Campaigning For Atiku In Rivers 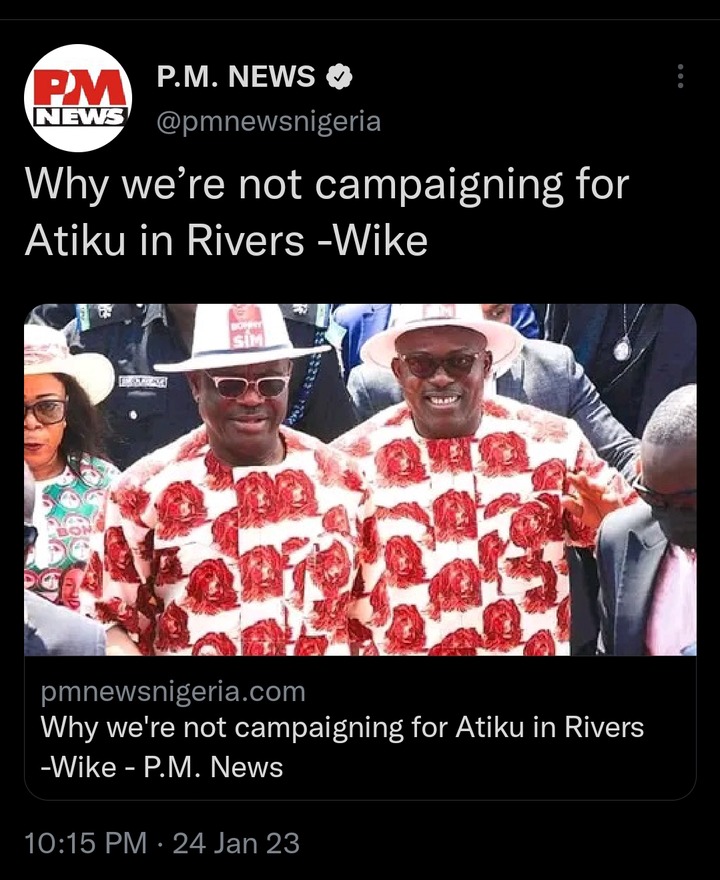 Rivers governor, Nyesom Ezenwo Wike has said the members of Peoples Democratic Party (PDP) in the State are not campaigning for the party’s presidential candidate, Atiku Abubakar in their ongoing campaign for the 2023 election.

This, Wike said, was because there is yet no understanding brokered for such level of support to be given by the State to the PDP presidential candidate. 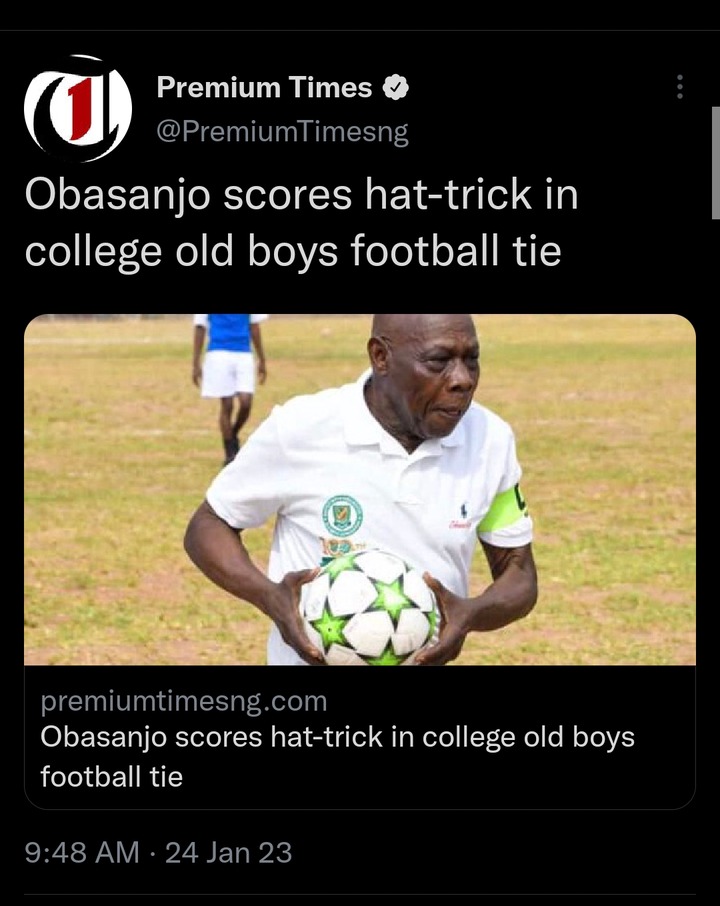 Former President Olusegun Obasanjo on Monday led the football team of Baptist Boys High School (BBHS), Abeokuta in a football novelty match play held as part of activities to mark the 100th year of the college.