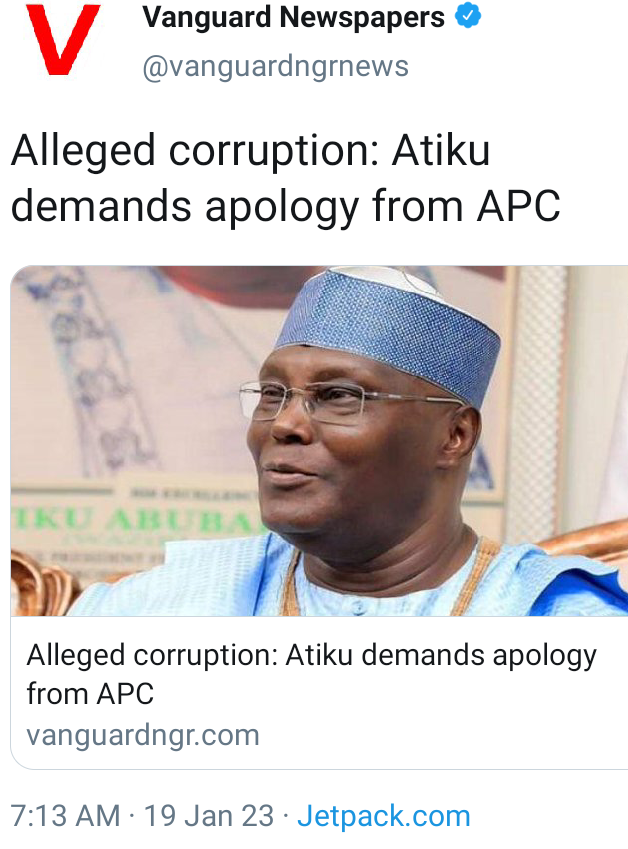 Spokesperson of the Atiku-Okowa Presidential Campaign Organization, Kola Ologbondiyan, made the demand at a briefing in Abuja yesterday.

Elections Must Be Credible Under Buhari — Kwankwaso

The presidential candidate of the New Nigeria Peoples Party, Rabiu Kwankwaso, has expressed fear that the forthcoming general elections might not be free, fair and credible. 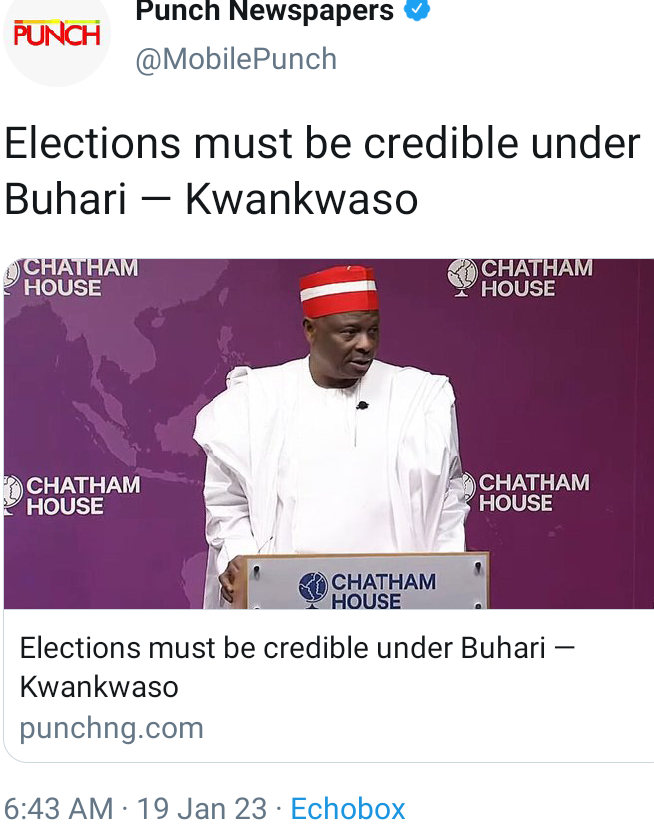 He, however, expressed optimism that the President, Major General Muhammadu Buhari (retd.), being a victim, would allow Nigerians to elect their leaders without interference.

Justice Ahmed Ramat Mohammed of a Federal High Court in Abuja on Wednesday dismissed a suit seeking the disqualification of the All Progressives Congress and its presidential candidate, Asiwaju Bola Tinubu, over the party’s Muslim-Muslim ticket. 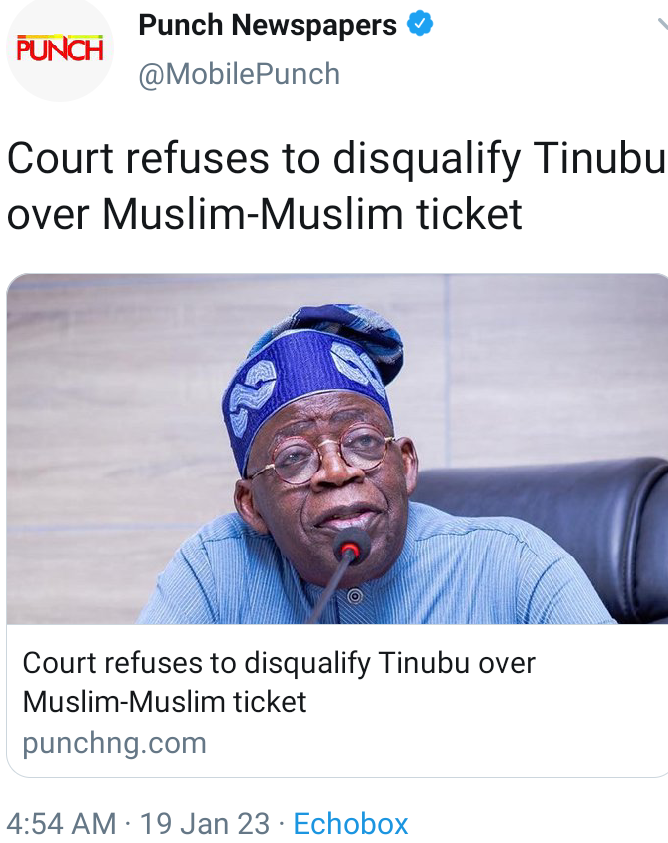 The suit instituted by an Abuja-based legal practitioner, Osigwe Momoh, was thrown out by the judge on grounds of lack of locus standi by the plaintiff.

Justice Mohammed held that the lawyer, not being a member of the APC and having not participated in the process that produced Tinubu and his running mate, Kashim Shettima, cannot query them on the nominations.

The detained Deputy Commissioner of Police, Abba Kyari who is facing drug trafficking charge, has filed a motion before the Federal High Court Abuja to quash the charge against him, maintaining that it was legally defective. 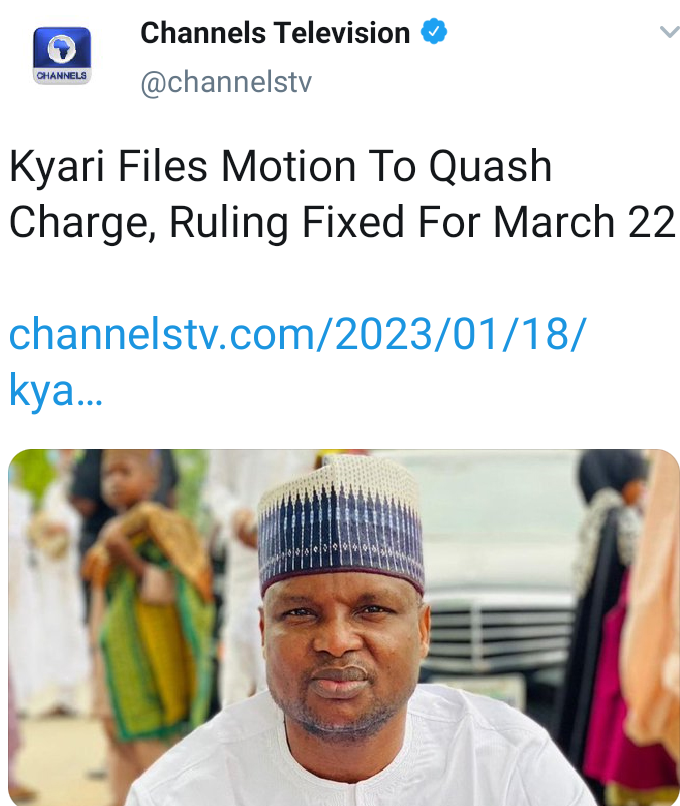 In his motion, Kyari held that the charge was premature, insisting that the National Drug Law Enforcement Agency (NDLEA) ought to have allowed the police to exhaust its internal machinery before it instituted the action, as the security agency had already commenced investigation on allegations against him.

Kyari maintained that he could only be charged to court upon conclusion of the internal investigation by the police and therefore, urged the court to quash the charge and discharge him.

Meanwhile, counsel for the NDLEA, Sunday Joseph, urged the court to dismiss the defendants’ preliminary objections which it argued was based on fundamental misconception of the law.

Fresh information detailing the reason why the embattled Governor of the Central Bank of Nigeria, Godwin Emefiele has been linked to terrorism financing by the secret police, Department of State Services (DSS) has emerged. 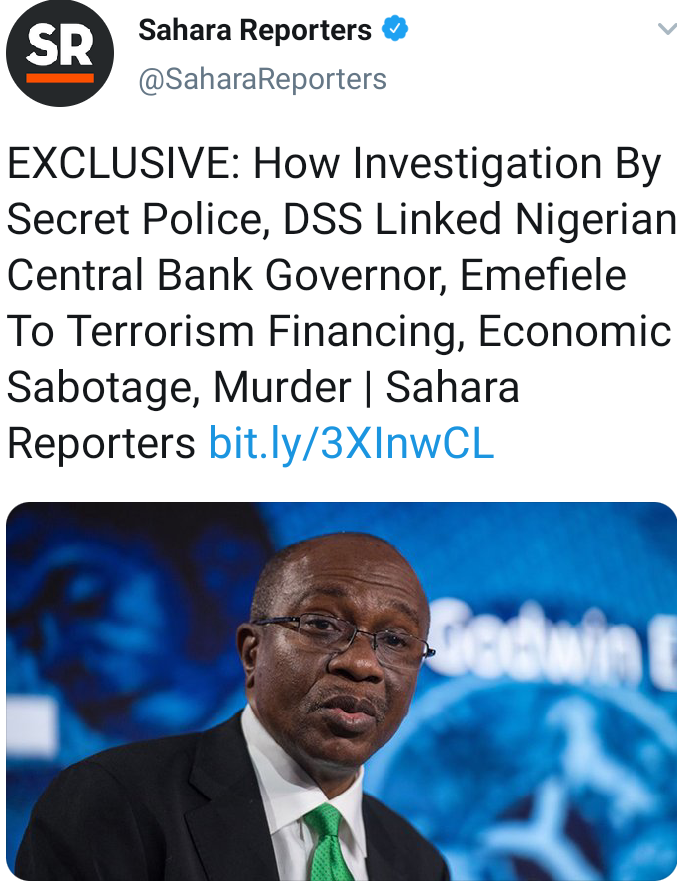 On Wednesday, SaharaReporters exclusively obtained information about how the DSS investigation revealed that Emefiele fraternised with a well-known terror financier, whose name was not disclosed.

The DSS or State Security Service (SSS) had accused Emefiele of allegedly aiding and abetting acts of terrorism.

The security agency said the CBN governor is involved in the financing of terrorism and must answer for the alleged crime. 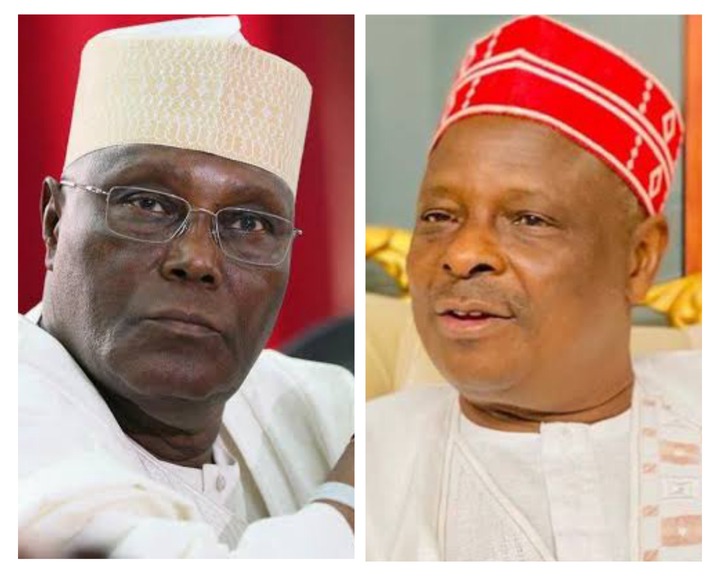 A VIP Ticket for the match between Ronaldo vs. Messi sells at auction for $2.6 million