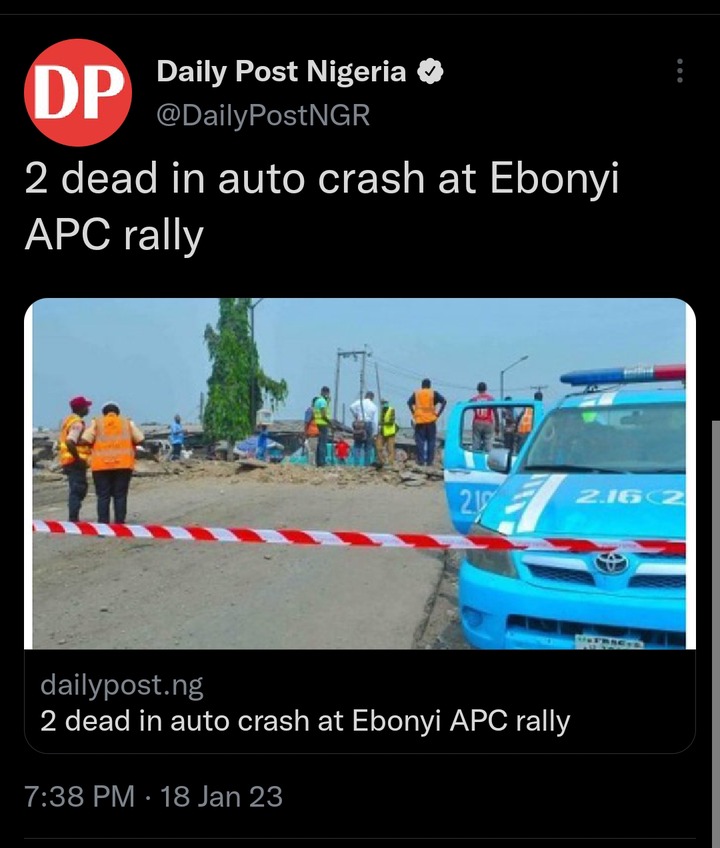 No fewer than two supporters of the All Progressives Congress, APC, in Ebonyi State on Wednesday died on their way to the party’s kick-off rally that took place at Iboko community in Izzi LGA of the state.

It was gathered that the supporters were involved in an auto-crash a few kilometres from the venue of the rally. The accident which claimed the lives of a man and a woman also recorded scores of injuries among the APC supporters who were in the vehicle heading to the rally. 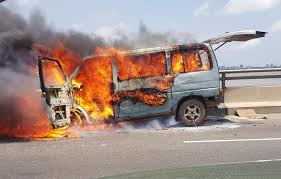 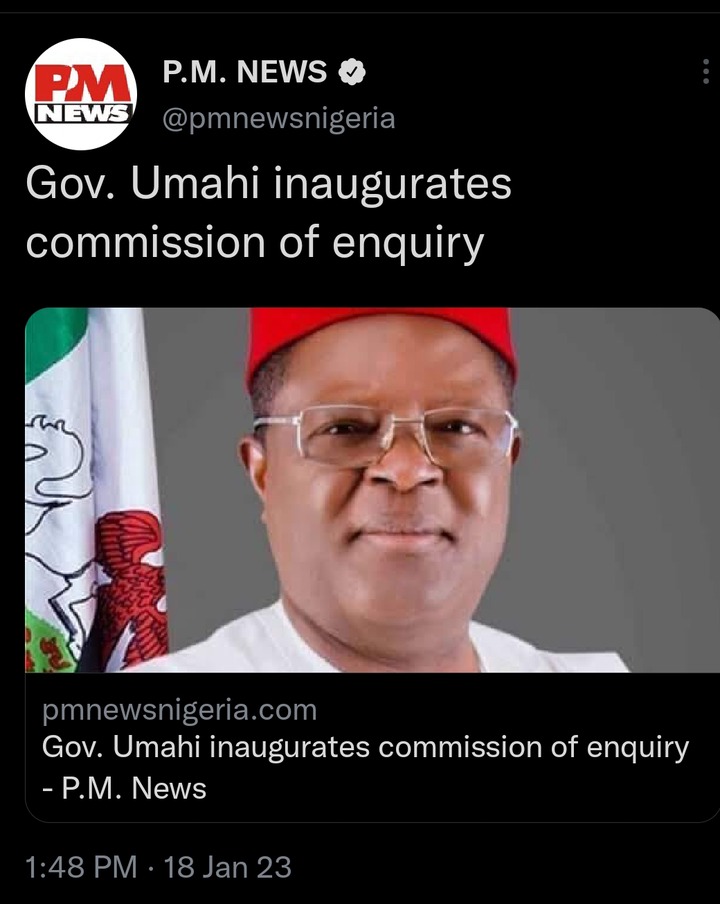 Governor David Umahi has inaugurated a nine-man Commission of Enquiry into the crises in Ekoli and Amoso Edda, Afikpo South Local Government area of the state.

This is contained in a statement on Wednesday, in Abakaliki, by Mr Chooks Oko, Special Assistant on media to Umahi. 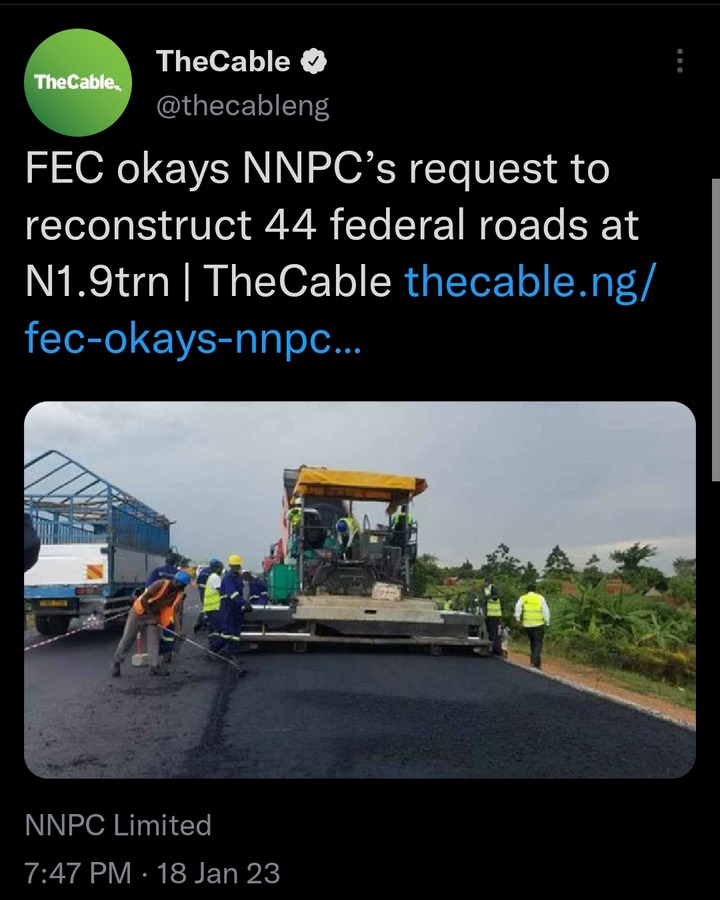 Presidential candidate of the Labour Party, (LP), Mr Peter Obi, has said that he will secure and unite Nigeria where every citizen will be proud.

“Nigerians are ashamed to identify themselves as Nigerians because of the many challenges the country is faced with. I will change the narrative,” he said. 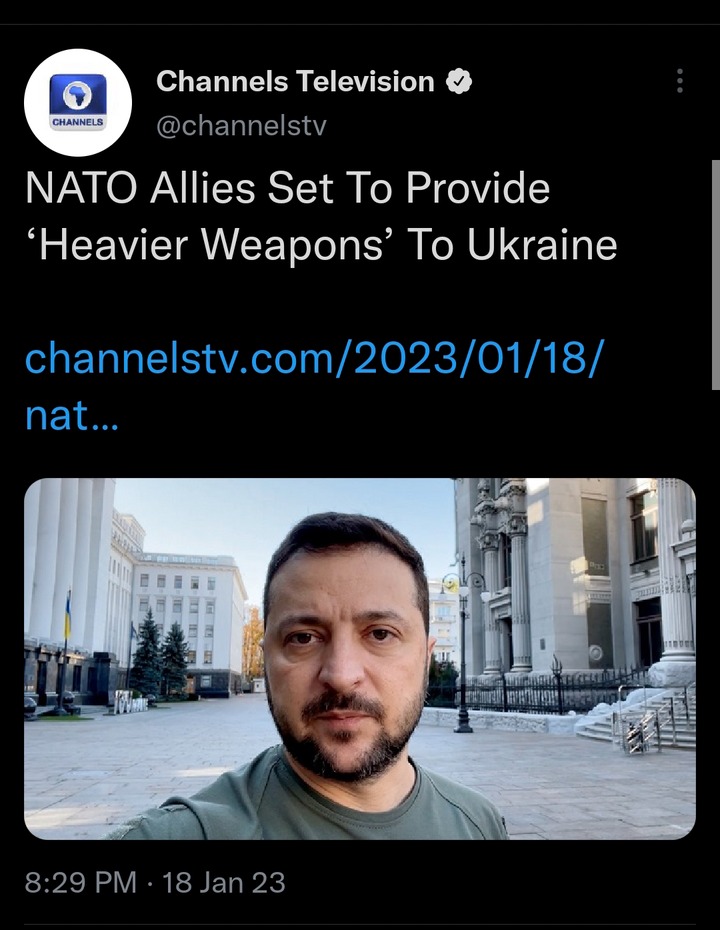 NATO countries are set to announce new “heavier weapons” for Ukraine, the alliance’s chief said on Wednesday, as Ukrainian President Volodymyr Zelensky called on his backers to speed up their decision-making. 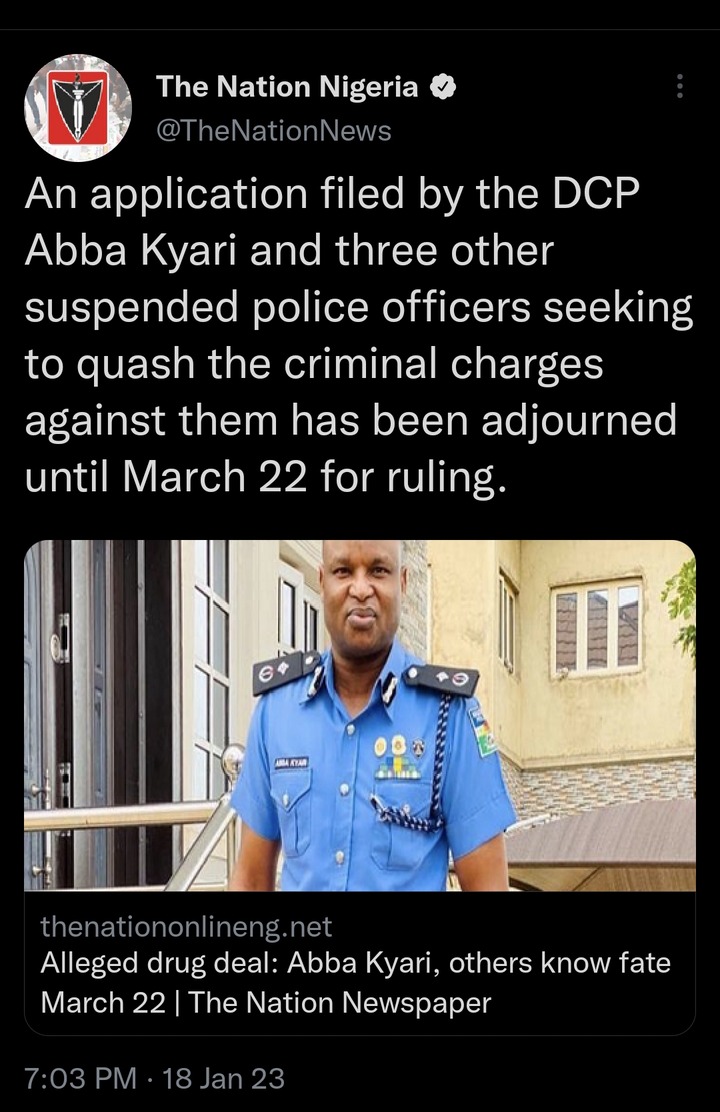 An application filed by the DCP Abba Kyari and three other suspended police officers seeking to quash the criminal charges against them has been adjourned until March 22 for ruling.

Justice Emeka Nwite of a Federal High Court, Abuja fixed the date after counsel for the National Drug Law Enforcement Agency (NDLEA), Joseph Sunday, and the defence lawyers, presented their arguments for and against the motion.