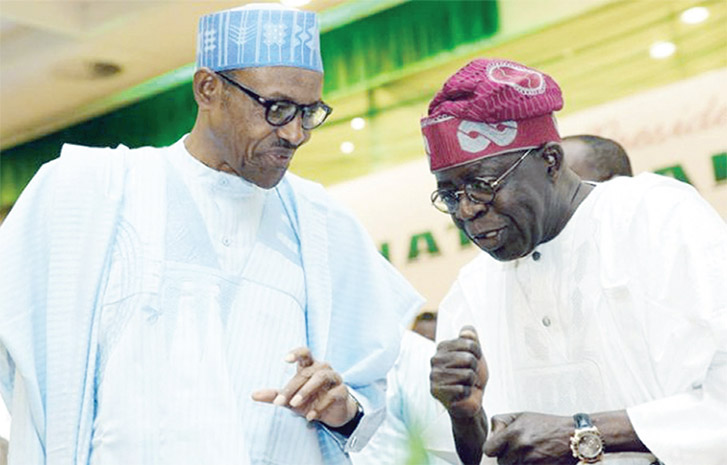 The National Leader of All Progressives Congress (APC), Sen. Bola Tinubu, has urged Federal Government to make cash payments to households through Bank Verification Numbers (BVN); to cushion the effects of COVID-19 pandemic on Nigerians.

Tinubu, a former governor of Lagos State, gave the advice in a statement issued in Lagos on Wednesday, April 15.

He said payments could be made quickly by using the BVN of prospective recipients to make direct deposits into individual bank accounts.

The APC leader said the use of BVN would also be safer and not lead to the types of violence; and crime that might follow physical cash transfers.

Tinubu said this would even encourage those without bank accounts to establish such accounts and this process would further bring millions of people into formal banking.

“The money-less family still needs food; water, shelter and, to a lesser degree, utilities. In a compassionate society, they should not be made to do without.

“Most families need relief. If relief is not forthcoming, these families risk hunger; and its attendant suffering and woes,” Tinubu said.

He said the palliative measures would blunt hunger, maintain aggregate demand in the domestic economy; and help sustain private-sector markets to the extent possible.

Tinubu explained that such payments could be done in either one or in a combination of three ways.

He said: “First, we can designate a stipend for every household. The amount should be enough to pay for the monthly needs of an “average” household for food and other basics.

“While this may somewhat penalise larger families, perfection cannot be had at this time.

“Second, the stipends could be given as a form of emergency unemployment insurance to those who can prove they were relieved of employment due to the crisis.

“This will be more targeted at the actual victims of the crisis but harder to administer. This stipend will also have to be extended to owners of small and medium-sized businesses.

“Third, the government can render some form of payroll support to companies and businesses that seek to retain workers albeit they may not be fully employed.

Tinubu said payment of these stipends would require hiring additional government workers to augment the existing bureaucracies to implement that programme.

On debt relief, Tinubu called on African finance ministers to join a coordinated effort for debt forgiveness; while urging the World Bank and other DFIs to agree to a wholesale debt rollover; by reducing the interest rate burden of African nations by at least one half.

He also urged the CBN to lower interest rates to single digits to spur some private sector; and lower the charge on government deficit spending.

COVID-19: Ogun to enforce lockdown, use of face mask