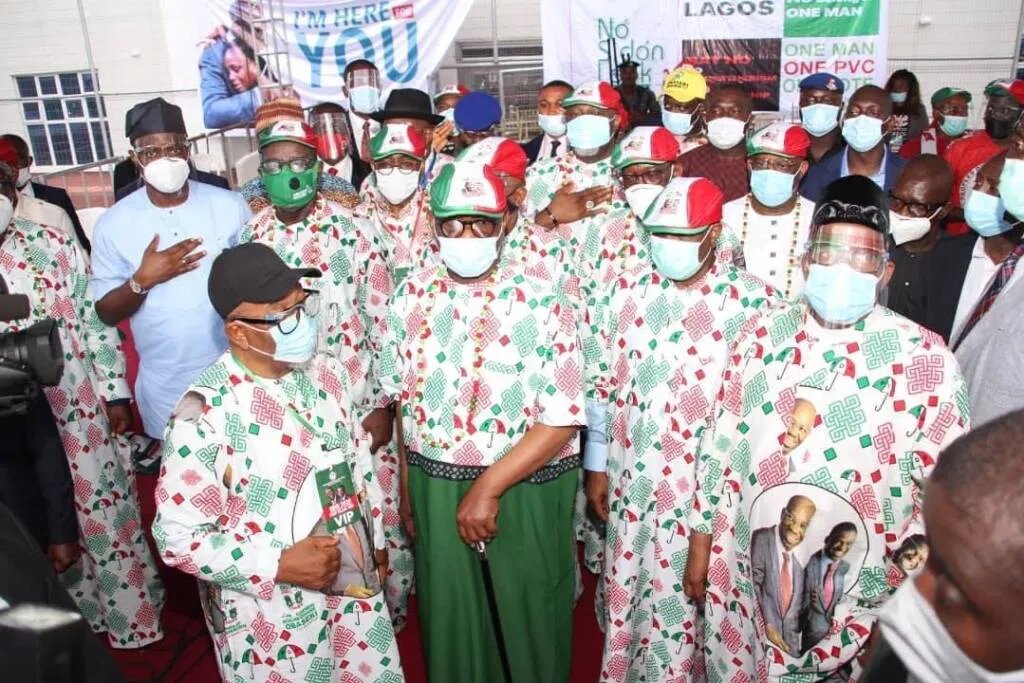 “Former national Chairman of the All Progressives Congress (APC), Adams Oshiomhole is making a u-turn to lick his vomit by presenting a candidate he earlier rejected and castigated. Today, we are here to tell the people of Edo State that they should not be afraid because nobody can rig the forthcoming election.

“Four years ago, Adams Oshiomhole said he cannot trust the APC governorship candidate that he was rusticated from school. Today, Oshiomhole is coming back to present the same person to Edo people. He thinks Edo people are fools. I challenge Edo people not to vote any person presented to them by Oshiomhole,” he stated.

Governor Wike assured that as the Chairman of the PDP National Campaign Council for Edo Governorship election, he would be in Edo State during the election to ensure that the state is returned to PDP.

He noted the “outstanding performance of Governor Godwin Obaseki in the last four years in the development of Edo State.” Governor Wike urged the people of Edo State to come out en masse and vote for the PDP candidate during the election.

“As the Chairman of the PDP National Campaign Council, I will be in Edo State. We will make sure that everything needed will be done to return the state to PDP. You should all come out and vote on September 19, and as you vote, you wait and defend your votes.

“Governor Obaseki has done well in the last four years. You should not allow anybody to deceive you again. APC has no candidate. The only person who thinks that the party is running an election is Oshiomhole,” he said.

Governor Tambuwal who took a swipe at former APC National Chairman, Adams Oshiomhole for condemning godfatherism and turning back to practice it, however urged Governor Godwin Obaseki to hold onto God and the people of Edo State to defeat the enemies of the state as he did in Sokoto State.

He also called on the INEC Chairman, Professor Yakubu Mahmoud to build on the legacies of his predecessor, Professor Attahiru Jega who ensured that free and fair election was conducted in Edo State which enabled Adams Oshiomhole to govern for eight years.

Governor Tambuwal also called on President Muhammadu Buhari to ensure that his anti-corruption crusade also affects the forthcoming Edo State Governorship election in order to ensure peace and stability in the state.

Presenting the PDP flag to the party’s Governorship candidate and Governor of Edo State, the National Chairman of the PDP, Prince Uche Secondus described him as an “accomplished gentleman and performer.”

Prince Secondus who noted that the party is proud of PDP Governors in view of their high standing performance in governance, said they are the reason democracy is thriving in the country.

He stated that “the nation is at a cross road” and appealed to President Buhari to ensure that “free and fair elections hold in the country.”

Responding, the PDP Governorship candidate and Governor of Edo State, Godwin Obaseki said the mandate given to him marked the transformation of the state and Nigeria.

He promised to “sustain the tempo of his developmental strides in his second tenure.”