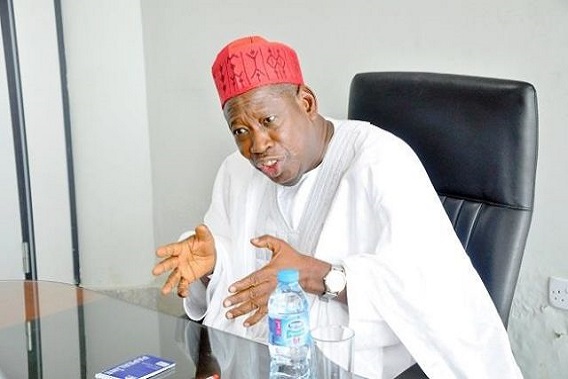 The Supreme Court on Monday, January 20; upheld the election of Abdullahi Ganduje as duly elected Governor of Kano State.

1st News reported on Nov. 22 that the court of appeal in Kaduna; reaffirmed Ganduje as the duly elected governor of Kano state.

The five-member panel dismissed the appeals and cross-appeals; filed by the Peoples Democratic Party (PDP) and its candidate, Abba Yusuf.

The appellate court panel led by Tijjani Abubakar upheld the ruling of the Kano governorship election tribunal; which ruled in favour of the All Progressives Congress (APC) and Ganduje, its candidate in the March election.

The panel dismissed the petitions filed by the PDP and Yusuf, governorship candidate of the opposition party; on the grounds that the petitions lack merit.

Dissatisfied with INEC’s declaration, Yusuf and his party headed to the tribunal where they sought annulment of the election “on the grounds that there were irregularities”.

However, judgment was delivered in favour of the governor.

Reacting to the appellate court ruling on Friday; the PDP and its candidate said they will study the judgment and file an appeal before the apex court.

“We will get the full judgment to know the basis of the judgment; before proceeding to the supreme court,” he said.

But Ibrahim Mukhtar, attorney general and commissioner for justice in Kano said the judiciary upheld justice.

“Today’s judgement shows that the judiciary is working; and there is justice in our court,” he said.

In the same vein, the Supreme Court also upheld the election of Aminu Tambuwal as duly elected Governor of Sokoto State.

In a judgment read by Justice Uwani Abba-Aji; the justices dismissed the appeal filed by the All Progressives Congress (APC) and its governorship candidate, Ahmad Aliyu for lacking in merit.

On Nov. 22, 2019, a five-man panel of the Court of Appeal; presided over by Justice Usaini Murkhtar, dismissed the appeals.

1st News reported that the Sokoto State Governorship Election Petition Tribunal had on Oct. 2, 2019; dismissed the petition against Tambuwal.

But dissatisfied with the tribunal judgment, the APC, through its lead counsel; Dr Alex Iziyon (SAN) had appealed the judgment on three grounds of non-compliance with electoral laws; over-voting and other irregularities.

The Appeal Court ruled that the appellant failed to prove his case beyond a reasonable doubt; thereby dismissed the case.