On Wednesday, a Federal High Court judge in Abuja, Justice Ahmed Ramat Mohammed, ruled against a legal challenge seeking to disqualify the All Progressives Congress (APC) and its leader Bola Ahmed Tinubu from fielding a Muslim-Muslim ticket in the 2023 presidential election. The suit was dismissed. 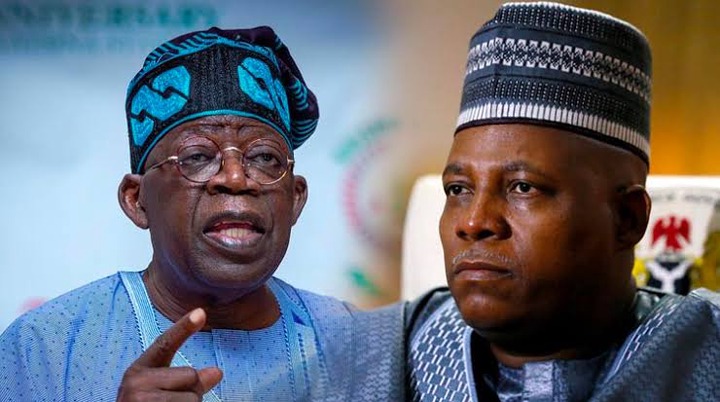 An Abuja-based lawyer, Mr. Osigwe Ahmed Momoh, filed a legal challenge against the All Progressives Congress (APC) and its leader Bola Ahmed Tinubu, seeking to disqualify them from fielding a Muslim-Muslim ticket in the 2023 presidential election. However, the suit was dismissed by Judge Ahmed Ramat Mohammed, who cited the plaintiff’s lack of standing in the case. The judge stated that as the lawyer was not a member of the APC and had not participated in the nomination process of Tinubu and his running mate, Kashim Shetima, he did not have the authority to question their candidacies.

In his suit, Mr. Momoh, who self-proclaimed himself as an advocate of the rule of law and social justice, argued that the nomination of a Muslim-Muslim ticket was unconstitutional and violated sections 14, 15, and 224 of the 1999 Constitution. He also claimed that it ran counter to the principles of national cohesion, integration, and unity. However, the court did not find his arguments valid and dismissed the case.

The plaintiff, a legal practitioner and advocate for the rule of law, filed a request with the court to issue an injunction prohibiting the Independent National Electoral Commission (INEC) from listing the All Progressives Congress (APC) and its Presidential candidate for the 2023 election. In their affidavit, the plaintiff argued that as the ruling party at the national level, the APC has a responsibility to adhere to the constitutional principles that govern the country. Additionally, the plaintiff stated that the Presidential candidate, Tinubu, and his running mate, Shettima, both being staunch practitioners of the Islamic faith, have a duty to uphold principles of social justice, equity, national cohesion, and unity in their nomination of a joint ticket for the Presidential and Vice-Presidential positions.

I can confirm that after the conclusion of the primary elections, the 2nd defendant was selected as the Presidential candidate for the upcoming 2023 election. Additionally, I am aware that both the 2nd defendant and their chosen running mate, Senator Kashim Shettima, are devout followers of the Islamic religion.

However, as the 1st defendant has a constitutional duty to uphold principles of social justice, equity, and national unity, I believe that their nomination of two candidates of the same religious faith runs counter to these values. This type of exclusivity and divisiveness has the potential to polarize the country along religious lines, which is not in line with the principles of social justice.

I, Osigwe Ahmed Momoh, swear that the contents of this affidavit are true and correct to the best of my knowledge, and that this public interest litigation is being brought forward in good faith to protect the integrity of the constitution and ensure that constitutional provisions are upheld.

Despite this, Judge Mohammed disagreed with the plaintiff’s legal standing to bring this case and ultimately dismissed it. The judge did not impose any costs on the plaintiff.

Despite the dismissal of the case, it is important to note that the nomination of two candidates of the same religious faith raises important questions about the balance of representation and inclusivity in the political system. It is crucial for all political parties to consider the potential impact of their nominations on national unity and cohesion, and to strive for a diverse and representative slate of candidates.

As for the plaintiff, the dismissal of the case does not mean the end of their legal journey, if they believe the case has merit and the judge’s decision is wrong, they can appeal the case and take it to higher courts.

It is also important to note that while the judge did not award any cost against the plaintiff, it is not uncommon for cases to result in the losing party paying some or all of the legal costs incurred by the winning party.

It is also worth noting that this is a fictional scenario and the suit might not reflect any real-life political scenario.