Well over four years after the asset bubble created by margin lending and insider abuse burst, the Federal Government yesterday in Abuja unfolded a raft of incentives and measures aimed at resuscitating and checking abuses in the Nigerian capital market.

Announcing the new measures to restore the equities market, the Coordinating Minister for the Economy and Minister of Finance, Dr. Ngozi Okonjo-Iweala, said a forbearance of about N22.6 billion on the margin loans of 84 stockbrokers would be granted, in accordance with Section 6(5) of the Asset Management Corporation of Nigeria (AMCON) Act.

The minister, who also backed the statement by the Governor of the Central Bank of Nigeria (CBN), Mallam Sanusi Lamido Sanusi, on the need to reduce personnel in the public sector in order to cut back on recurrent spending, said there could be no reduction in the cost of governance without a cut in size of the current public workforce.

Besides the incentives, strong sanctions await capital market operators, who indulge in bad behaviour that characterised the past as well as reckless borrowing, which led to the growth in margin loans.

Okonjo-Iweala, who briefed journalists alongside the Director General of the Securities and Exchange Commission (SEC), Ms. Arunma Oteh, recalled that the capital market has been performing far below its potential in recent years.

A major reason for this, the minister pointed out, was the debt overhang made up of margin loans, which many stockbrokers have been grappling with.

“Many of you are aware that activities on the Nigerian capital market, particularly the stock exchange, have been very slow in the aftermath of the global financial meltdown and the Nigerian banking crisis.

“We saw the Nigerian Stock Exchange (NSE) All Share Index (ASI) plummet from a peak of about 66,000 points in March 2008 to less than 22,000 points by January 2009, wiping out over N8 trillion (or around 70 per cent) of the total capitalisation of the stock exchange within this period.

“Since then, activity on the stock market has remained sluggish even though there are some signs of recovery, with the index now at about 26,494 points thanks to the efforts of the NSE and the SEC.

“A vibrant capital market is, of course, essential to the government’s Economic Transformation Agenda, especially in terms of raising much-needed long-term financing for critical infrastructure and the housing sector.

In line with this objective, the minister said she set up a committee chaired by the Deputy Governor, Financial System Stability with the CBN, Dr. Kingsley Moghalu, to make recommendations on measures to resuscitate the capital market.

“As part of the recommendations of the Moghalu committee, I am happy to announce today, two measures aimed at giving life to our capital markets,” the minister said.

AMCON, she said, had purchased the margin loans for about N42 billion, adding that the value of the underlying assets or collateral was about N19.96 billion in current value.

To ensure that both individual and corporate bodies enjoyed the benefits of a revitalised market, the minister disclosed that the Federal Government had decided to grant forbearance to credible stockbrokers.

The forbearance, she said, would remove the heavy burden and allow the brokers to fully re-enter and re-invest in the market, and make the market more vibrant.

“In furtherance of AMCON’s clean up of the banking sector, it is necessary to wipe off the debt overhang in the capital market, as this is dampening market activity.

“But let me state clearly that this forbearance will be accompanied with sanctions to discourage excessive borrowing behaviour by capital market operators in the future,” she cautioned.

The sanctions, she said, included prohibition from services to AMCON, adding that brokers benefiting from the forbearance would not be allowed to provide any professional services to the corporation for a period not less than three years.

There will also be greater disclosure, as firms will be required to reveal to SEC, any dealings in any security valued at a minimum of N25 million executed in a single deal or multiple deals on the same day on behalf of their clients.

A limit on debt financing is also in the offing. As part of their net capital requirement, no broker that has received forbearance would be permitted an aggregate indebtedness exceeding 100 per cent of net capital, the minister explained.

“Details of the firms will be also be forwarded to the Credit Bureau Agencies just as a strict requirement that imposes separation of assets and control for brokerage services and/or future margin facilities through the use of custodians will be a necessary part of the new process to enthrone credibility and strict adherence to market rules.

“Brokers will also be prohibited from taking proprietary positions or trade on their own account for one year,” she said.
The minister also unveiled other incentives to boost the market, which included the elimination of stamp duties and VAT on stock market transaction fees.

She stated that taxes on stock exchange transactions fees are as high as 12 per cent (5 per cent for VAT and up to 7 per cent in stamp duties), which are much higher than in other jurisdictions.

These, she noted, constituted a major disincentive to investment in the Nigerian capital market, adding that henceforth, the Federal Government would waive the 0.075 per cent stamp duties payable on stock exchange transaction fees; and exempt from VAT, commissions earned on traded values of shares, payable to SEC, and payable to the NSE as well as the Central Securities Clearing System (CSCS).
These commissions are now to be included in the list of VAT-exempt goods and services.

The minister disclosed that as part of the process of engendering a regime of credibility and strict adherence to the rules, capital market operators with proven record of high ethical and professional standards in their business dealings would be recognised and celebrated to serve as beacons to others.

“Let me also note that there were some other stockbrokers who did not partake in any market infractions, including over-exposure to margin loans, and who managed their stock broking businesses well.
“The Ministry of Finance and the central bank plan to celebrate the good standing of these stockbrokers in due course,” she said.

The minister, who also gave an update on the subsidy scheme, said the Aig-Imoukhuede Committee had concluded its work, and presented its report to President Goodluck Jonathan, expressing optimism that action would be taken on the report and communicated to Nigerians.

She disclosed that the committee investigated a total of N1 trillion worth of payments made to independent marketers in 2011.

Of this amount, N880.6 billion was verified as legitimate payments, while N232.2 billion claimed by 50 marketers could not be verified and had been referred to the Economic and Financial Crimes Commission (EFCC) and the Special Fraud Unit (SFU) for further investigations.

The minister listed some of the benefits of the petroleum subsidy reforms as tighter processes, which ensured that the abuses of 2011 payments were halted in 2012, as well as the recovery of N29 billion from marketers.

Okonjo-Iweala confirmed that the number of marketers importing fuel has been slashed significantly to ensure better supervision and control of the process.

“Our resolve to pay only verified marketers remains strong. No one should get away with stealing Nigeria’s money through fraudulent processes. But we will continue to pay marketers who are doing the right things.

“The next batch of payments will help ensure that fuel flows during the festive season and after.

“We can safely say that as a result of the work done under the leadership of the president, we have saved the nation billions of naira and put in place improved processes that will help prevent the kind of abuse witnessed in the past,” she stated.

On the 2012 Budget, the minister affirmed that contrary to the notion being bandied about that the N300 billion capital release for the fourth quarter had not been made available to ministries departments and agencies (MDAs), N170 billion had actually been cash backed.

According to her, the Ministry of Works recieved N44.7 billion of the amount to ensure that key federal highways are put in a motorable condition for the festive season and for more permanent work thereafter.

“Considering the fact that the 2012 budget has been implemented for just eight months, this is, overall, a good performance which we can build on,” Okonjo-Iweala said.
Also, while speaking during the presidential dialogue at the opening of the 18th Nigerian Economic Summit (NES) in Abuja yesterday, the minister said there could be no reduction in the cost of governance without a cut in the size of the current public workforce.

The minister further disclosed that the Excess Crude Account had risen to $9 billion, or more than doubled what it was a year ago.
This is just as President Jonathan also yesterday, maintained that deregulation was central to his administration’s economic policy.

Represented by Vice-President Namadi Sambo, the president said the Petroleum Industry Bill (PIB) was not stuck in National Assembly as was being speculated in some quarters.

The president also hinted that the Federal Government was considering the privatisation or outright transfer of the nation’s refineries to the private sector.

On her part, Okonjo-Iweala cautioned critics who have been clamouring for a cut in government spending while at the same time, opposing a reduction of personnel in the public sector.

Okonjo-Iweala said it was impossible to talk of the cost of governance without the staff, stressing that the Federal Civil Service was over-bloated, while some were being paid for jobs they did not do.

Okonjo-Iweala, who was one of the panellists alongside the vice-president, said government was working to reduce recurrent spending which currently represented about 32 per cent of the budget.

She said the government was working to improve the road network in the nation’s seaports as well as providing the rail system to decongest the roads.
She also described the current power privatisation programme as the most robust in world, adding that it was being used as a case study by other countries.

The minister, however, acknowledged that the country still had a long way to go in the fight against corruption.

She said oil theft needed to be dealt with by seeking international assistance, adding that foreign partners must be urged to stop buying illicit oil from the country.

Meanwhile, President Jonathan, while declaring the summit open, promised to adopt some of the recommendations for policy making and admitted that suggestions from the summit had helped the government in fashioning out its economic programmes.

I Was Ojukwu’s Counsel, Lawyer Insists 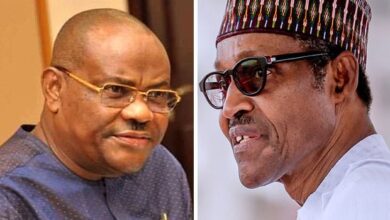 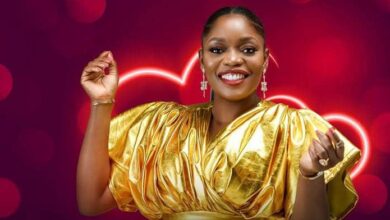 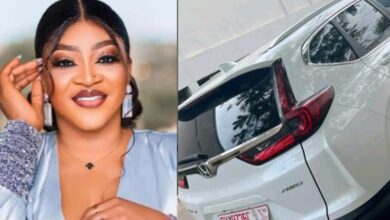 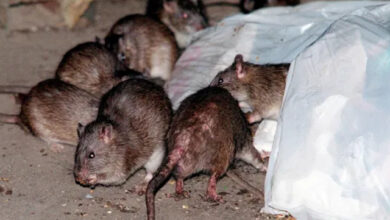