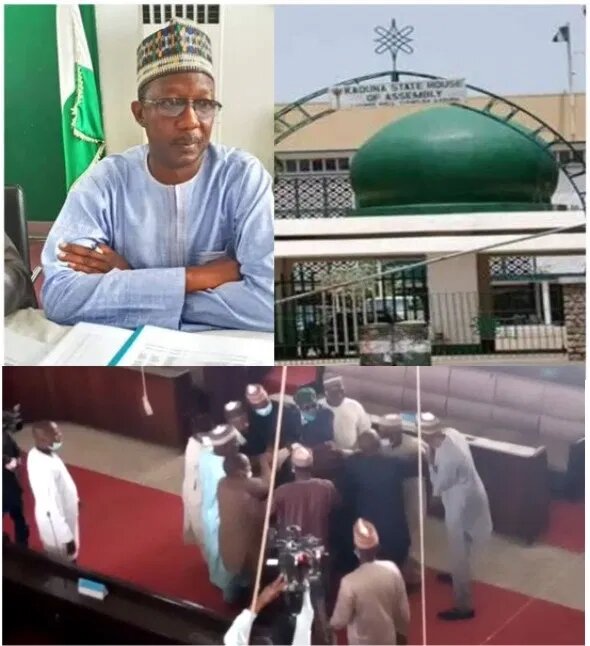 The Deputy Speaker of the Kaduna State house of Assembly Mukhtar Isa Hazo on Thursday, June 11, has been impeached.

Mukhtar Isa Hazo was booted out of office by a 24 member of the Kaduna House of Assembly at the Thursday plenary session. This came after a vote of no confidence was passed on him.

At the moment it is still not clear the reason why he was impeached but there are reports that he is accused of his inability to discharge his duties.

Mukhtar Hazo has only been in office for 4 months, he was elected into office in February.

He was elected alongside Yusuf Zailani, the speaker, following the resignation of some principal officers.

Hazo’s replacement is yet to emerge.