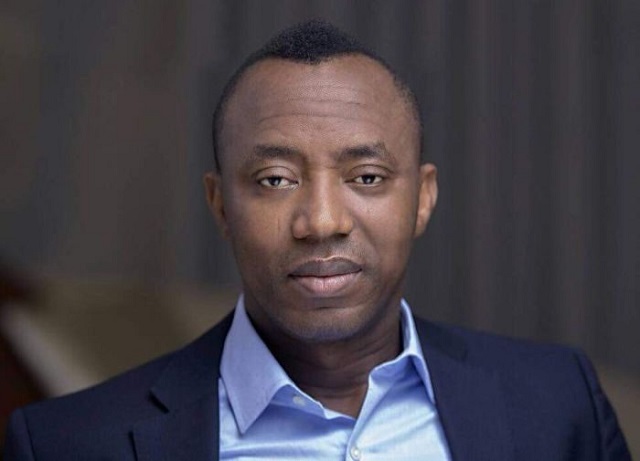 Justice Ijeoma Ojukwu, who gave the order; also awarded a N100,000 fine against the DSS. This is over its delay to serve the defence counsel with the additional proof of evidence; in the ongoing trial of Sowore and Olawale Bakare.

The judge, who was visibly angry over the development which has caused the court to adjourned the trial at the instance of the DSS, said the fine must be paid to the defendants before the next adjourned date.

On November 22, Sowore; had dragged the Department of State Services (DSS) to court over his arrest and continued detention.

It reads in part: “A declaration that the detention of the applicant from November 7, 2019; till date in violation of the order; for his release made on November 6, 2019, is illegal; as it violates his fundamental right to liberty; guaranteed by Section 35 of the constitution of the Federal Republic of Nigeria 1999 (as amended); and Article 6 of African Charter on Human and Peoples’ Rights (Ratification and Enforcement Act (CAP A10) Laws of the Federation of Nigeria 2004.

“An order of this court compelling the respondents to pay to the applicant the sum of N500,000, 000, 00 ( Five hundred million naira) as general and aggravated damages for the illegal violation of the applicant’s fundamental right to life, dignity of his person, fair hearing, health, freedom of movement and freedom of association.

“An order of perpetual injunction restraining the respondents from further violating the applicant’s fundamental rights in any manner whatsoever and however without lawful justification.”

Sowore prayed the court in the suit that also has Attorney-General of the Federation and Minister of Justice, Abubakar Malami (SAN) as a co-defendant.