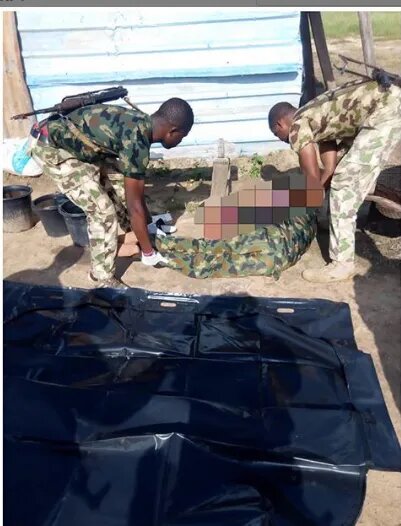 A serving soldier of the Nigerian Army Victor Oipkor Ojeamirn has reportedly committed suicide at his duty post in Buni Gari, Yobe State, where he was fighting terrorism, leaving a note behind for his wife.
Victor, who was said to be a Lance Corporal in the Nigerian Army, was said to have shot himself on the head with his riffle and bled to death.

Reports have it that Victor Oipkor Ojeamirn’s body has since been evacuated by his colleagues while the Nigerian Army has commenced an investigation into circumstances leading to the incident.

The Nigerian Army has, however, not given an official statement on the situation on any of its social media pages.