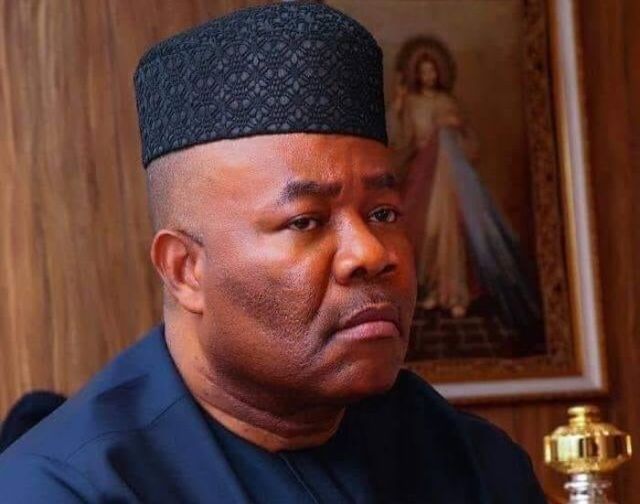 The Nigerian Senate has debunked the rumour that it had directed the Economic Financial Crimes Commission {EFCC} to probe the Minister of the Niger Delta Affairs, Senator Godswill Akpabio.

The Deputy Senate President, Senator Ovie Omo-Agege has disowned the letter as been malicious, false, fake and vexatious. The Deputy Senate through a letter denied the purported directive to have tasked the anti-graft agency to probe Akpaboio over financial improprieties at the Niger Delta Development Commission (NDDC), he has also called on the agencies to fish out the mischief-makers.

He said in a statement released on Wednesday, June 10;

“My attention has been drawn to a forged letter dated 7th May, 2020, purported to emanate from my office, addressed to the Chairman, Economic and Financial Crimes Commission (EFCC).

“The letter fraudulently indicates that His Excellency, the Deputy President of the Senate had directed the Clerk of the Senate to petition the Hon. Minister of Niger Delta Affairs Godswill Akpabio and one Mr. Scott Ikott Tommey on allegations bordering on alleged corruption at the Niger Delta Development Commission (NDDC).

“The Office of the Deputy President of the Senate, has already responded to the false publication and fraudulent petition.

“I completely agree with the submission of the Deputy President of the Senate that the publication is ‘false, fake, malicious, mischievous and vexatious.’

“In addition, the general public and all concerned are hereby invited to note as follows:-

“That at no time did the Deputy Senate President, His Excellency, Senator Augustine Ovie Omo-Agege, request me to forward any petition to any Agency of government;

“That at no time did the Office of the Clerk, Senate issue or caused to be issued, a petition seeking the monitoring and investigation of the Hon. Minister of Niger Delta Affairs, His Excellency, Senator Godswill Akpabio or any person for that matter;

“That the Senate of the Federal Republic of Nigeria has channels for addressing public petitions.

“In this instant case, no petition on the subject matter is before the Senate and therefore, no Resolution could have been taken in this regard;

“Accordingly, the Economic and Financial Crimes Commission (EFCC) as well as the general public are hereby advised to disregard this discredited petition.

“In addition, Security Agencies are enjoined to investigate the source of this forgery.”