The Islamic State in West African Province (ISWAP) have reportedly carried out a recent attack on security operatives in Edo state. 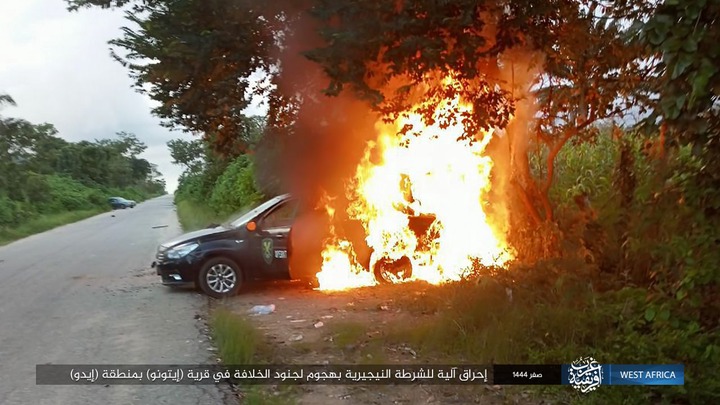 According to information released by a counter-insurgency expert identified as Zagazola Makama, the Islamic State in West African Province (ISWAP) claimed responsibility for the ambush on the Nigerian policemen in Edo state yesterday September 22.

Pictures showed the vehicle that was allegedly set ablaze following the unexpected ambush reportedly orchestrated by the deadly Islamic terrorist group identified as ISWAP according to Sahara Reporters. 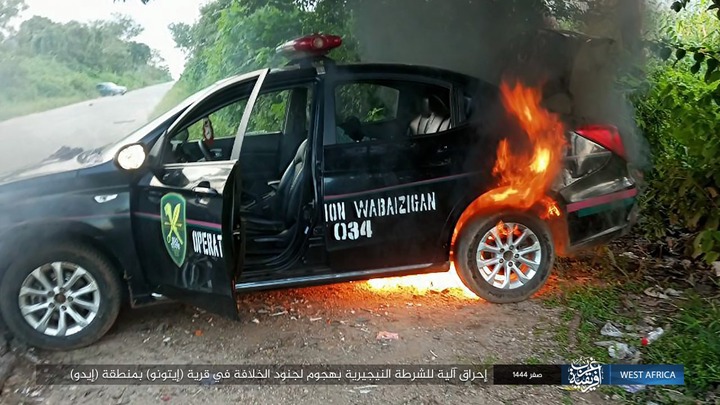 Recall that the group has been dealt with severely by the Nigerian military troops and the Air force in the past few months as a good number of ISWAP terrorists were killed by airstrikes and ground operations. However, infighting between the Islamic terrorist group, ISWAP and the Boko Haram group has led to the drastic reduction of their fighters. 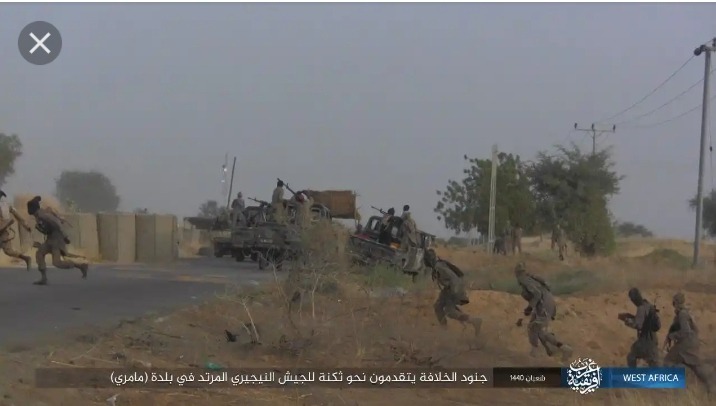 The Islamic State in West African Province (ISWAP) have sustained their efforts to get rid of its rival group, Boko Haram with more clashes reported as the Nigerian military intensifies its clearance operation in the region.

You Are Bunch Of Busy Bodies, Leave PDP Alone