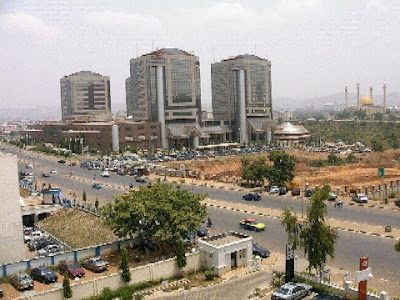 Security has been beefed up in Abuja following the attack on the headquarters of the Special Anti-Robbery Squad (SARS) in the city on Monday by suspected members of the Boko Haram sect.

Police confirmed that two of its men were killed in the attack while 30 suspects were set free by the attackers. The authorities also claimed that 25 suspects out of the 30 who escaped had been rearrested.

Armed policemen, investigations revealed, had been drafted to major government buildings while security agents conduct stop and search on all vehicles in the city.
The tightening of security around the city followed an emergency meeting summoned by the FCT Minister Bala Mohammed to discuss the attack on the headquarters of SARS in Abuja.
A statement by Mr. Muhammad Sule, the Chief Press Secretary to the minister in Abuja said that the meeting was attended by Alhaji Nuhu Ahmed and Alhaji Yau Gital, the FCT Permanent Secretary and the Chief of Staff.
Also in attendance were the Commander, Guards Brigade, the FCT Police Commissioner, Director of FCT Command of the Department of State Security Service, Heads of the Nigeria Security and Civil Defence Corps and the Nigeria Drug Law Enforcement Agency.
At the meeting, the minister expressed sorrow over the loss of lives during the unfortunate incident.
Bala directed the FCT Police Command to always be on alert with a view to ensuring the safety of lives and property of all residents in the territory.
He instructed that more efforts be put in place by ensuring collaboration with other security agencies in the FCT.
The minister urged residents to give security agents useful information that would assist in maintaining law and order in the FCT, as he reiterated Federal Government’s commitment to support the security agents.
The statement also quoted the Commissioner of Police in the FCT, Mr. Aderenle Shinaba, as saying that two police officers lost their lives in the attack.
He also said that the attackers attempted to free some of the inmates in detention but the police were able to re-arrest some of them.