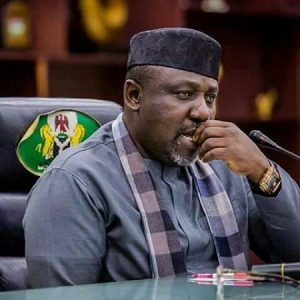 The Economic and Financial Crimes Commission has explained that on July 23, 2019 when its operatives from the Enugu Zonal Office visited the Rochas Foundation College, Owerri, Imo State, that there was no harassment of any students, teachers or staff of the College and that the school was not in session as students were on vacation.

The anti-graft agency in a statement tonight said, ‘nothing in the contrary could be farther from the truth. As against the motion pictures, shot in high-noon, being peddled as captured during the exercise, the peaceful and uneventful exercise we conducted in the school was carried out from 6pm downwards’.

On arrival at the school, our operatives met with the principal, Mr. K.A Akolo, who upon his enquiry, was told that the school was not being sealed but under investigation.

We restate that the College was not in session as students were on vacation when the operatives visited to carry out the exercise and that no one was harassed. The Commission has documented evidence in video and pictures to back up this position.

These clarifications become necessary in view of the mounting falsehood being put out to the public that operatives of the Commission raided the College while it was in session and shut its students out.

While the Commission will not allow itself to be distracted in carrying out its mandate, it is necessary to once again state that its operations are guided by global best practices and standards.