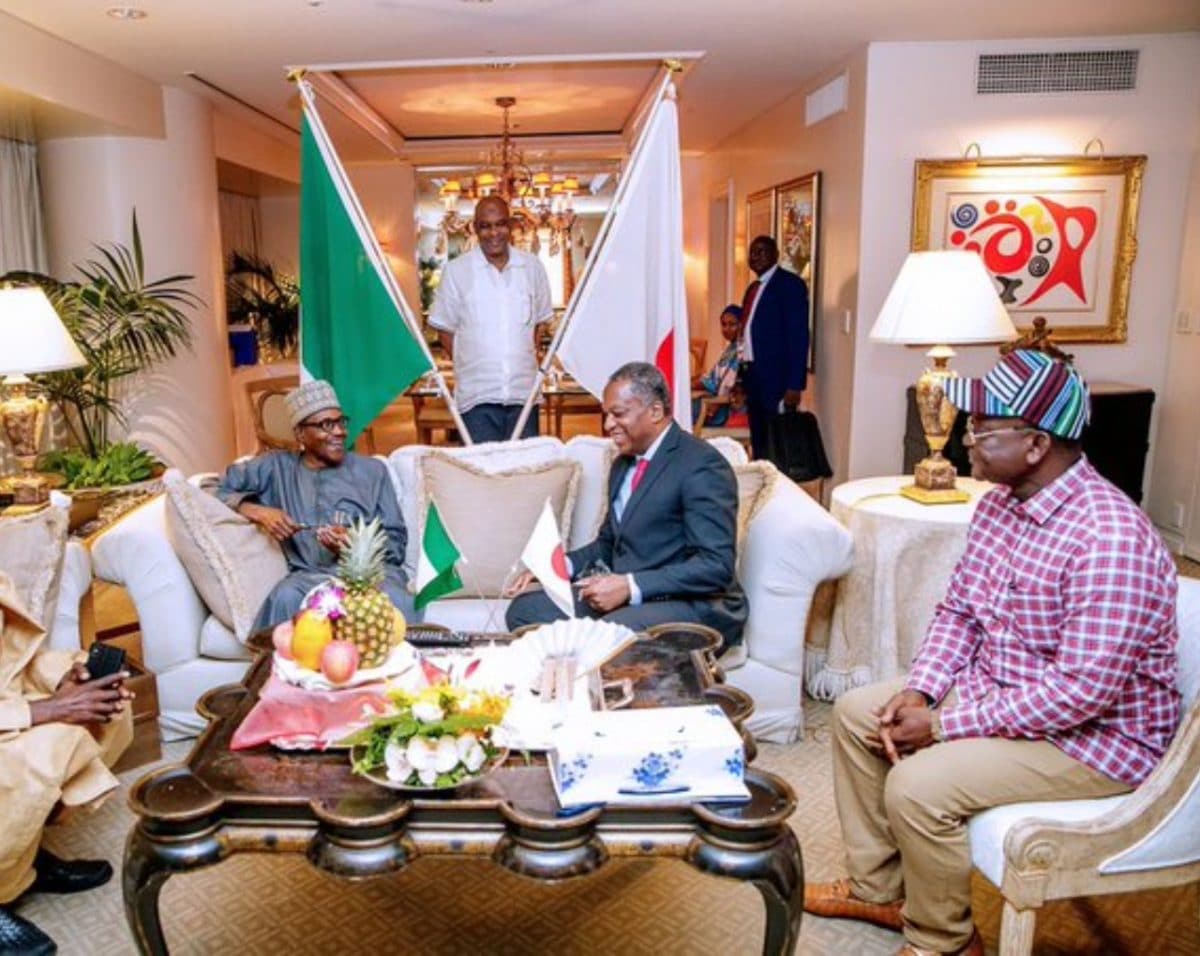 President Muhammadu Buhari has arrived Japan to participate in the Seventh Tokyo International Conference on African Development (TICAD7), holding in Yokohama from Aug. 28 to Aug. 30.

Governor Ortom is believed to be one of the representatives of the Governor’s Forum in the country. This was confirmed by his Chief Press Secretary, Terver Akase.

Also in the photo was Nigerian Ambassador to Japan, Mr Mohammed Yisa.

An earlier statement by Mr Femi Adesina, the Special Adviser to the President on Media and Publicity, said Buhari’s participation in the conference would be his second, having attended TICAD6 in Nairobi, Kenya in August, 2016, “With the theme, Africa and Yokohama, Sharing Passion for the Future.”

The opening session of TICAD7 will be performed by the Japanese Prime Minister and host, Shinzo Abe,’’ said Adesina.

The presidential aide revealed that Buhari would deliver Nigeria’s statement during plenary three-session when he would appraise Nigeria-Japan relations and takeaways from TICAD6.

He said the president would also attend a state banquet and honour the invitation of Emperor Naruhito to a tea reception at the Imperial Palace in Tokyo.

“In addition to a bilateral meeting with Prime Minister Abe, the Nigerian president will also attend some side-events and meet chief executive officers of some Japanese companies with huge investments in Nigeria,’’ he added.