The private jet carrying the presidential candidate of the Labour Party, Peter Obi, has been grounded by the Federal Government.

Naija News reports that the Head of Media of the Obi-Datti Campaign, Diran Onifade, made this known in a terse statement on Wednesday.

The statement was shared by the former Anambra governorship candidate and LP stalwart, Oseloka Obaze, via his Twitter page. 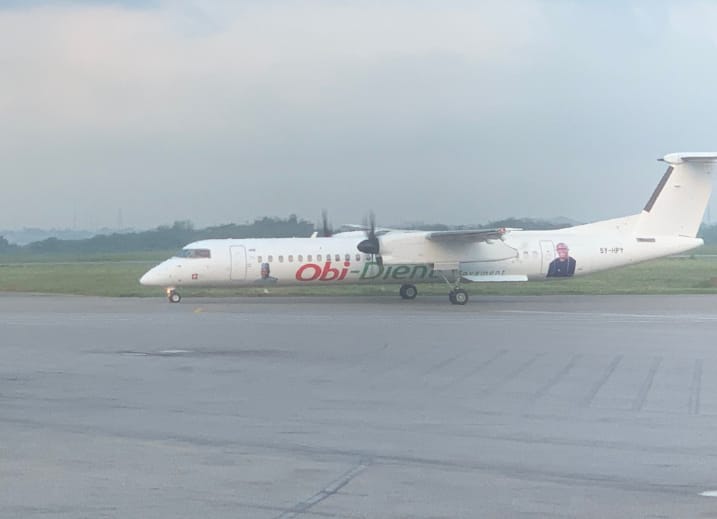 Onifade claimed that the plane was grounded for regulatory reasons by the Nigerian authorities, asking Obi supporters to ignore any mischievous rumour regarding the incident.

The LP chieftain, however, stated that the party’s massive rally in Ibadan, the Oyo State capital, will still hold as planned.

He said: “The Obidient plane was grounded today by the powers that be ‘for regulatory reasons’ only. Please ignore any mischievous rumours. Our massive rally in Ibadan is going on as planned.”

“The Obidient plane was grounded today by the powers that be “for regulatory reasons” only. Please ignore any mischievous rumour. Our massive rally in Ibadan is going on as planned.

2023: What Peter Obi Discussed With CAN Leaders Emerges

The former Governor of Anambra State has reiterated his commitment to move the country from a consumption nation into a production economy.

Obi made this known when he met with the leadership of the Christian body led by the CAN President, Archbishop Daniel Okoh, in Abuja on Tuesday.

The LP candidate said all the 18 presidential candidates will make the same promise, but that Nigerians must check the sincerity of the promises and only support the person they can trust.

He stated that corruption and the culture of sharing would be tackled headlong, maintaining that Nigerians would be happy if he is elected as their president come 2023.

Obi said Nigeria is not bereft of ideas, and preaching solutions, stressing that institutional framework and the political will to do the right thing was lacking.

“Filming by 2am, if I buy a car tomorrow, you people will say it’s from a man” – Lizzy Gold [Video]

2023: We Are Joining Forces To Wrestle With APC And Give Nigerians An Alternative