The Labour Party’s Presidential Candidate, Mr Peter Obi, has reportedly cancelled his scheduled meeting with Internally Displaced Persons, IDP’s across Katsina State, due to what a competent source described as unfavourable insecurity reports in the state. 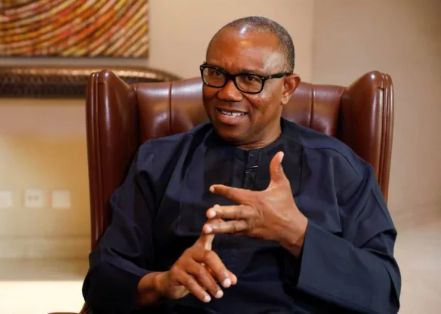 The source noted that the Labour Party’s Presidential Candidate was scheduled to meet with the IDPs, women, youths and students’ leaders in Katsina State at the Munaj Event Centre, but the meeting was cancelled due to the security report, notifying them that the place was not safe for him, The Sun paper reported.

It should be recalled that Peter Obi was in Katsina State alongside his running mate, Ahmed Yusuf-Datti, and other Labour Party chieftains.

Speaking during the rally at the Muhammadu Dikko Stadium, Peter Obi told his supporters that his government will build a new Nigeria to ensure that people are well secured.

He also promised to fight poverty, so as to end the suffering in the country. Obi also made them to know and understand that the people they have always voted have always deceived them, urging them to go out and vote for him.

As we head towards the next month’s presidential election, Nigerians must rise up by making sure that a credible candidate is voted for, so as to move the country forward.

We Are Not Second Class Citizens To Anybody, This Election Will Be Different—Wike