Skip to content
You are here: Home » NEWS » PDP warns Buhari to implement VAT reversal to 5% 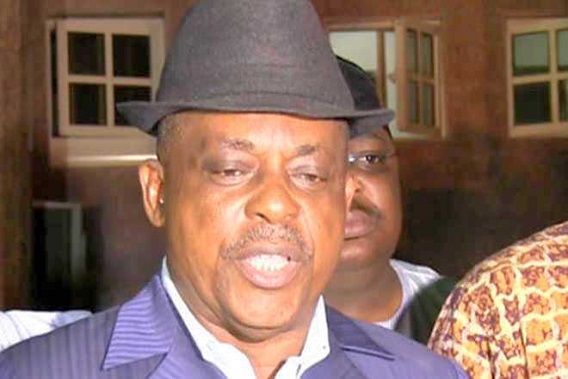 The People’s Democratic Party (PDP) has called on President Muhammadu Buhari to revert the Value Added Tax (VAT) to its original five percent.

This was in the aftermath of the decision by the Federal Government in January to increase the VAT to 7.5 percent.

According to the PDP, this mandate has forced multiple taxations on the Nigerian people and businesses.

In a statement issued by the PDP National Chairman; Prince Uche Secondus during the party’s National Executive Committee (NEC) meeting in Abuja on Thursday, February 27; he revealed that the nation is sliding into bankruptcy.

“Our country is in very bad shape. The populace is groaning in pains and the government’s response is heaping of further pains on them. This country is sliding into bankruptcy.

“Amidst the frightening insecurity accompanied by mass killings that have set fears on the people; what you get from the government is multiple tariffs, VAT, etc and continued indulgence in lies and propaganda,” Secondus said.

Secondus further lamented the poor security situation in the country. He also said the country was at the crossroads; due to the poor handling of hydra-headed security challenges.

The PDP party chairman further stated; “The security situation in the country has refused to abate and nothing concrete is being done by the government to ameliorate it and stop the senseless killing of innocent Nigerians.

“The truth about this country is that Nigerians don’t really know who is in charge. It appears that governance is in autopilot with government agencies in a free world harassing and intimidating perceived enemies”.

He deplored the refusal by President Buhari to overhaul the nation’s security architecture for greater efficiency; as demanded by the National Assembly a few weeks ago.

Describing the attitude of the federal government to the security challenges as insensitive to the plight of the people; Secondus said Nigerians have never been as afraid of their lives as they are at the moment.

He said, “In the Northeast, the Boko Haram insurgency has returned fully; and the President feels shocked that the sect still exists.

“We are already used to our President not knowing what is going on in the country; even though as President the buck stops on his table.

“The President may have been deceived by the intelligence reports from his field men who continue to indulge in propaganda; claiming that the sect has been defeated even when the situation is worsening with banditry and kidnapping spreading all over the states.”