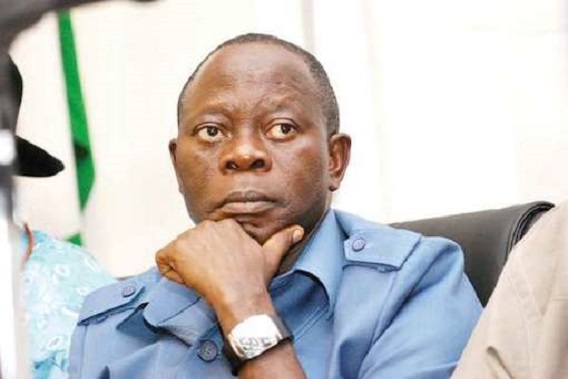 The Peoples Democratic Party (PDP) on Thursday, February 21; expressed disappointment with the Federal Government’s apparent refusal to order the arrest of the All Progressives Congress (APC) National Chairman, Adams Oshiomhole.

According to the PDP, this is due to Oshiomhole allegedly inciting the attack on the Abuja home of the Supreme Court’s Justice, Mary Odili; following the apex court’s ruling on the Bayelsa governorship election.

In a statement issued by its National Publicity Secretary, Kola Ologbondiyan; PDP said the attack was part of a grand plot to muzzle the judiciary to work against the opposition.

The statement read: “The APC should know that Nigerians are not deceived; by the desperate effort by its leadership to politicize the attack on Justice Odili by making flimsy and baseless allegations against the PDP; in a failed bid to divert public attention from their culpability in the attack.

“Nigerians know that the APC masterminded the attack on Justice Odili; using the same agents that coordinated the attacks on the residence of Governor Douye Diri. Our party, therefore, will definitely not allow the APC to drag it into politicizing these attacks.

“The PDP thus, insists that the delay in arresting Oshiomhole for questioning; after it raised the alarm last Thursday and even after hard evidence indicts him and the APC; only goes to validate public apprehensions of huge collision with certain agents of the Buhari presidency to intimidate and annex the judiciary.

“The PDP charges the police not to succumb to the antics of the APC; but to immediately bring Oshiomhole to book on the attack on Justice Odili; as well as the residence of Governor Duoye Diri and PDP secretariat in Bayelsa.

“Furthermore, our party charges the judiciary not to be deterred by the APC; which seeks to subjugate it to do its bidding on cases involving the PDP, our party members and other Nigerians perceived to be enemies of the APC administration.”