Skip to content
You are here: Home » NEWS » PDP urges NASS to probe Presidency over alleged diversion of Abacha loot 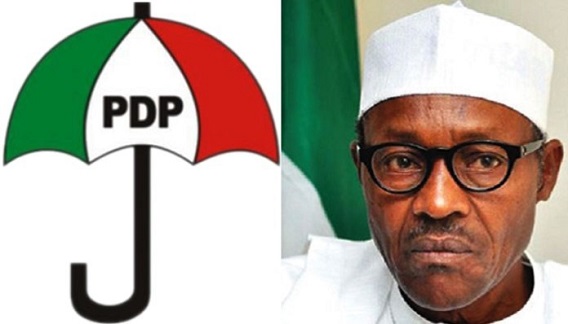 The Peoples Democratic Party (PDP) told the National Assembly on Saturday, February 22; to commence a probe into the finances of the presidency.

This request is coming on the heels of reports of an alleged plot to divert the $308 million recovered from the family of the late Head of State; Gen. Sani Abacha as well as repatriated to the country by the United States.

In a statement issued via its National Publicity Secretary; Kola Ologbondiyan, the PDP explained that the recent revelation has further exposed the fact that the administration has been living a lie and also parading as saints with false anti-corruption posturing.

The PDP likewise said the call was predicated on; “the stinking reports by the US Department of State that the government plots to funnel the repatriated money to certain individuals connected to the Presidency; including a particular state governor allegedly involved in the initial looting of the money.”

The statement reads; “The PDP calls on the National Assembly to immediately redeem the image of our nation by invoking its statutory instruments; to order a forensic investigation into the handling of repatriated funds given a huge corruption that has pervaded the presidency.

“Moreover, further revelations in the report that instead of recovering the stolen money; the federal government is even in the process of funneling $100 million (N36.3 billion) out of the looted funds to Governor Bagudu; highlights the humongous sleaze, duplicity, and treachery that pervade the Buhari administration.”

“From the report, it is clear that the Buhari presidency has further smeared itself; and no longer commands the trust and confidence of stakeholders within and outside the country in its fight against corruption.

“The PDP holds that the failure of the Buhari presidency to give a direct response to the issues raised by the US Department of State only validates the widely held position within and outside our country; that the administration is not only irredeemably corrupt but also serves as a haven for corrupt individuals.”