Skip to content
You are here: Home » NEWS » PDP lampoons Lai Mohammed over plans to digitise NTA with $500m 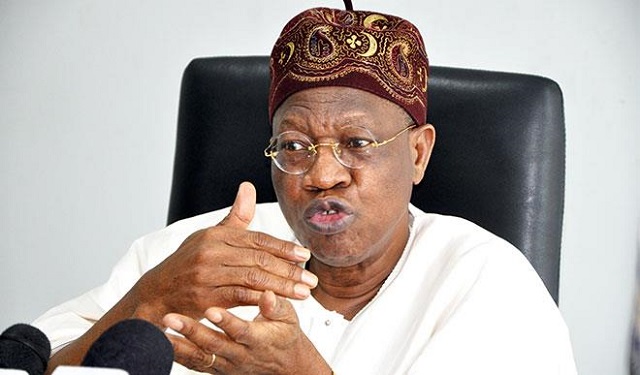 The Peoples Democratic Party (PDP) has criticised the Minister of Information and Culture, Lai Mohammed; to quit plans for upgrading the Nigerian Television Authority, by securing a loan of $500 million.

This request by Lai Mohammed, according to the PDP; is tantamount to mortgaging the future of the citizenry who urged the National Assembly to reject the loan request.

PDP further accused the Buhari Presidency to worsen the economic situation in our country; via the use of phony projects as a guise to draw foreign funds to service their selfish economic and political interests.

According to the statement issued by the PDP on Monday, February 10; our foreign debt has accumulated to $83 billion dollars with nothing to show other than excruciating unemployment rate; decayed infrastructure, a worsening governance system, escalated insecurity and unprecedented poverty.

“Moreover, the Federal Government has failed to present details of the requested $29.9 billion dollars loan in which the $500 million being requested by the Minister of Information and Culture is embedded; a development that points to nothing but the corruption in the Buhari administration.”

While counselling the Minister to perish the thoughts of $500 million; the PDP charges him to use his appearance at the National Assembly to give an account of the funds so far released to the Ministry of Information and Culture; which has been plagued by cases and allegations of corruption under his watch.