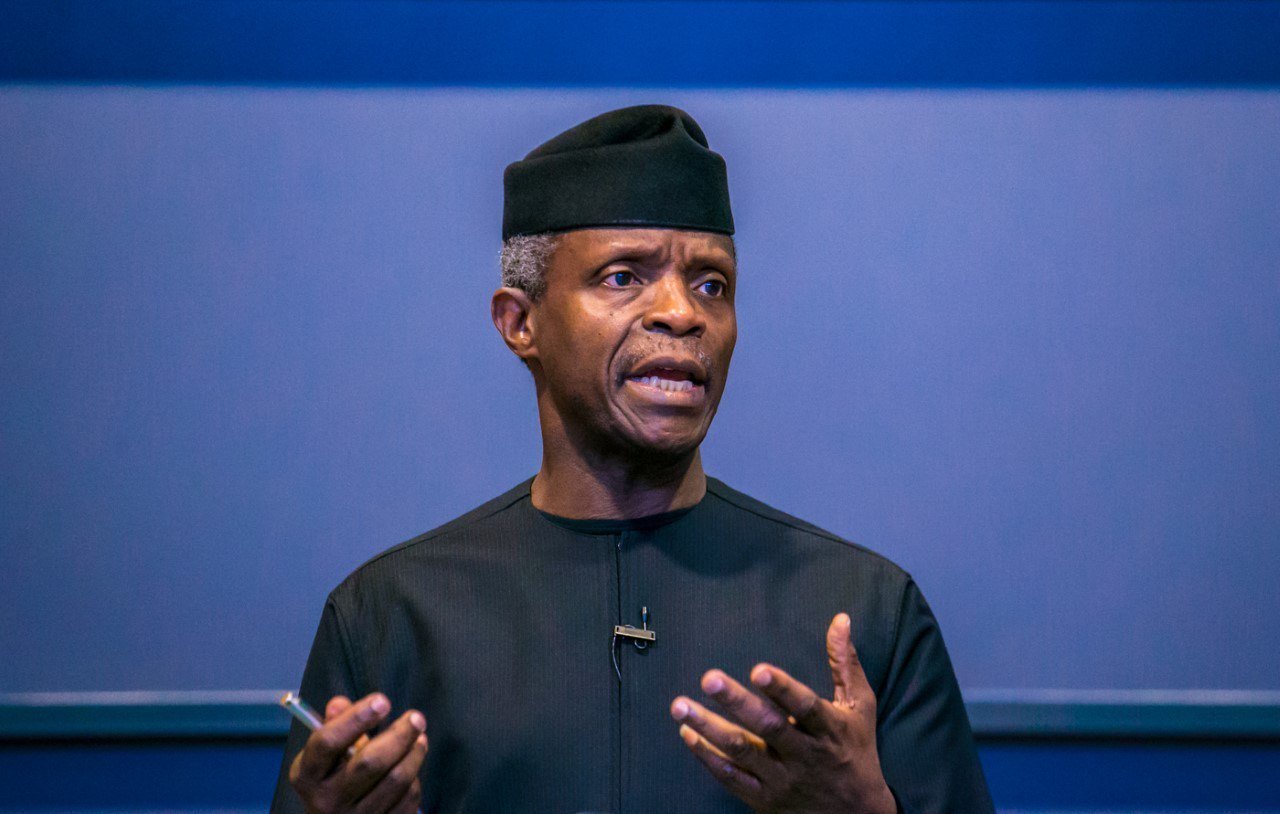 Vice President Yemi Osinbajo, has said that the administration of President Muhammadu Buhari could have by now achieved much for the country but for those he described as saboteurs working against the government.

He said Buhari inherited a highly debilitated and debased economy from the immediate past administration of Dr. Goodluck Jonathan, saying this had actually prevented some of the steps taken by President Buhari to manifest on the wellbeing of the poor Nigerians.

Addressing the congregation, Osinbajo said: “This country requires everybody to be on board to work hard. I belong to the All Progressives Congress (APC), a party that belongs to Chief Obafemi Awolowo. It is not true that President Buhari doesn’t know how to govern, it is not because we have not done enough, there are saboteurs and fifth columnists working against us, but we are going to triumph.

“The concern of President Buhari and APC and those of us in his government is for Nigeria to move forward and we shall achieve this.

“All the good social investment programmes like tradermoni , the N-power and others will soon start to bear fruit and manifest.We are all going to benefit from Buhari’s administration.

“I became frightened when the man of God said only those of us in powers are enjoying, this is not true. We have done our best for Nigerians”, he stated.

Osinbajo praised the late Fakoyede for her honesty, saying her good deeds shall continue to bear good fruits in the lives of the children.

The Speaker of the House of Representatives, Hon. Femi Gbajabiamila said the late Mrs Fakoyede worked very hard and that the generations yet unborn will continually remember her for being caring, painstaking and honest.

The Speaker, represented by the lawmaker representing Ekiti North Federal constituency II, Hon. Ibrahim Oanrewaju, expressed the Speaker’s condolences to the family, saying the good Lord shall grant them the fortitude to bear the death of the highly respected community leader.

In his sermon, the Cleric in charge of the Church, Reverend Mathew Ayorinde Ajao, who quoted copiously from the book of Revelation Chapter 14 verses 12-13, appealed to Nigerian leaders to always put their trust in God and work for the people rather than themselves.

The Cleric expressed disappointment at the way some leaders are piloting the affairs of the nation, lamenting that apart from the increasing scourge of poverty, that Nigerians are not enjoying all the basic amenities that can improve their wellbeing.

“Nigerians are suffering we are not enjoying anything. No light, no good road, no improved health facilities and others. The government must empower the poor, not the one where you used to give generators to people without anything they will use them to power.

“Some are very rich, they have everything but not blessed by heaven. They will gain the whole earth but they won’t get to heaven. The money and connections you have here won’t fight for you in heaven.

“If you are a very powerful person and you are being guarded by security, they won’t follow you to the grave. It is sad for leaders to serve the people and you are so much condemned for making little mistakes and you don’t make heaven eventually, it will be sad because you have no reward.

“Those in positions of authorities have access to everything, but not to the people, that was why they are not getting the right advice. One day everybody will die, before that, try and wash yourselves in the blood of the lamb. Everything will still wind up, so obey the commandments of God”.

Speaking about the virtues of the deceased, the Cleric applauded her for working assiduously to give her children education and showed them the way of the Lord, saying this was responsible for her glorious end.

“She was one of the best mothers I have ever seen. She was passionate about Christ and that reflected in the lives of the children she left behind”.