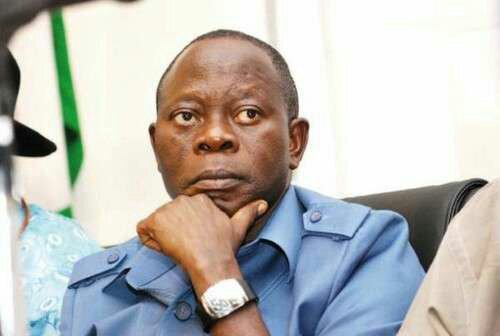 Former governor of Edo state, Adams Oshiomhole has headed to the appeal court in Abuja to appeal a high court ruing which suspended him as National Chairman of the All Progressive Congress.
The court had ruled that the party was erring in keeping the ex-governor as national chairman after he was suspended by his state chapter.
The former governor has however headed to the court to appeal the judgement and seek a stay of execution of the judgement.

His defendants include Mohammed Adamu, inspector-general of police, as well as the Department of State Services (DSS).