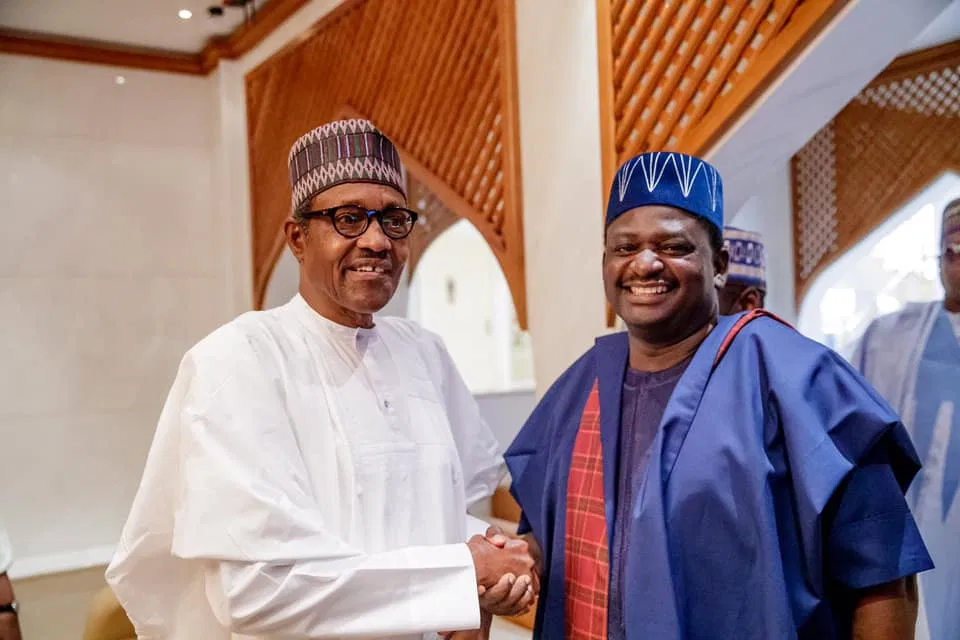 The Special Adviser on Media and Publicity to President Muhammadu Buhari, Femi Adesina, has exalted his principal President Buhari saying he is the only man who can take on Former head of state President Olusegun Obasanjo dead in the eye and survive it.

Femi Adesina said in his article titled ‘Buhari Applause For Akinwumi Adesina’. Relishing Akinwunmi Adesina’s re-election as African Development Bank (AfDB) president, He stated that it took grit, guts and God for the former Minister to win. In the piece, he compared the former head of states objection to the re-election of Akinwunmi to “America and some other world powers” telling you to dismount from the horse of leadership in Nigeria”.

Read Adesina’s piece in parts below:

The strife is o’er, the battle done. But it was by no means easy. It took so much: tact, diplomacy, guts, deft footworks, prayers, yes, prayers, and so many other things.

But today, we can noise it all around. Dr Akinwumi Adesina is now elected for another five-year term as President of African Development Bank (AfDB).

If America and some other world powers come after you, you have every right to shiver in the broiling sun. It’s like Chief Olusegun Obasanjo telling you to dismount from the horse of leadership in Nigeria. Only a Muhammadu Buhari can look him straight in the eyes, and say; No sir. And survive it.

Akinwumi Adesina fought the good fight for the AfDB diadem, won in brilliant fashion, and is already inaugurated for a second term in office. But it was not by a sudden flight. It took grit, guts and God.

How did President Buhari get the news of an Adesina victory in an election that we were very hopeful, but which nobody knew cocksure how it would go?

We were at the National Council of State meeting on August 27, 2020. Incidentally, it was the 35th anniversary of the military coup that ousted the then Major General Muhammadu Buhari from power as head of state. The man that struck in the palace coup was the Chief of Army Staff, Gen. Ibrahim Badamasi Babangida.

Babangida ruled for eight years, and left in less than glorious circumstances. Buhari, overthrown and detained for over three years, coasted back to victory as civilian President 30 years later.

That day, on the 35th anniversary of the coup, IBB, as he is generally known, was in virtual attendance at the National Council of State meeting from his home in Minna, Niger State. And Buhari was in the Council Chambers, at the Presidential Villa, as the country’s number one man. What was going through the minds of both men? Only God, the omniscient, would know.

“If you can look into the seeds of time, and say which grain will grow, and which will not. Speak then to me, who neither fears your favor nor your hate,” William Shakespeare had written in Macbeth. In 1985, when the putsch occurred, no one could look into the seeds of time, and declare that 35 years later, Buhari would be President, and Babangida would be attending a meeting with him as former leader. This world! It turns and turns in the widening gyre. May it always turn in our favor. Amen, somebody!

But we were talking about Dr Akinwumi Adesina, so let’s get back to our subject.

That meeting was in progress when Secretary to the Government of the Federation, Mr Boss Mustapha, made an interjection. He announced that voting had been concluded in the AfDB election going on in Abidjan, Cote D’Ivoire, and Nigeria’s Adesina had won by a landslide, getting 100% votes of regional members, and 100% votes of non-regional members of the Bank.

In his congratulatory statement to Adesina, President Buhari remembered to thank all who stood by Nigeria, in the continent and beyond. That’s the way to go. A grateful heart is divine. No wonder the AfDB President declared at his inauguration on September 1: “Today, a rainbow stretches from 81-member countries of the African Development Bank across the deep blue skies of Africa, with one message-the rain is gone. Gone are the dark clouds that held us down.”

True. I agree with Adesina. Just as I had agreed with reggae superstar, Jimmy Cliff, long ago:

I can see clearly now, the rain is gone

I can see all obstacles in my way

Gone are the dark clouds that had me blind

Bright days for Africa, for AfDB, for all people of goodwill across the world.

Obasanjo and Buhari both ruled Nigeria as Military Head of States and Civilian Presidents.

However, Obasanjo has been critical of the current administration and was notably absent at the meeting of the National Council of State.

Arteta close to raising £70m for Arsenal with summer fire-sale 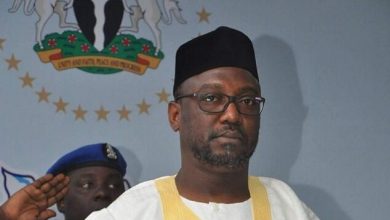 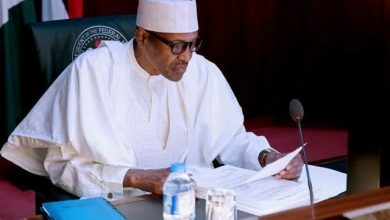 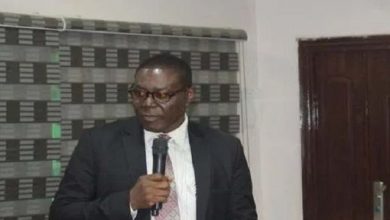 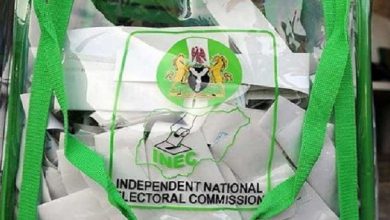