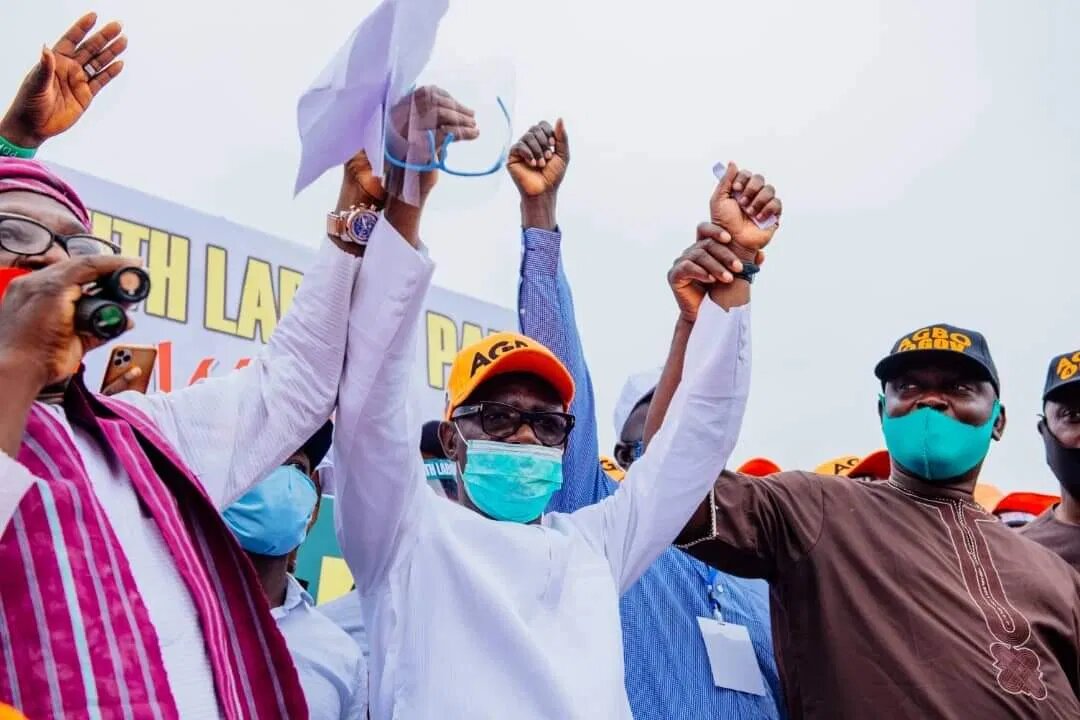 Ex-governor of Ondo state, Olusegun Mimiko has said political favourite in the forthcoming state election, Agboola Ajayi is the best for governance.

As Edo governorship rounds up, the next on our minds is that of the Ondo state coming up in less than two weeks and stakeholders are beginning to tighten their loins ahead of the fixed date, October 10.

Among such persons is a former governor of the state, Olusegun Mimiko, who is a chieftain in the Zenith Labour Party (ZLP).

In his latest statement, Mimiko described Deputy Governor of Ondo State, Agboola Ajayi, as the best candidate to deliver good governance to the people of the state.

The ex-governor stated this during the campaign flag-off of the ZLP held on Saturday in Ore, headquarters of Odigbo Local Government Area of Ondo state.

The ZLP chieftain also urged the electorate to collect the “stolen money” that some party had promised them and still vote for ZLP that would bring back good governance, adding that Ajayi was more experienced than other candidates to govern the state.

He beckoned on the people to dismiss fear of threats to unleash violence on the day of the election, saying, “we own this state together.”

In the course preparations for this coming election, Mimiko has been perceived as the main hypeman of the party’s candidate, Agboola Ajayi.

Ajayi joined the ZLP after he lost the People’s Democratic Party’s primaries to Eyitayo Jegede.

Before then he was a member of the All Progressives Congress but left due to the rift between him and Governor Rotimi Akeredolu.

Also speaking at the event, the deputy governor said; “They said I am a neophyte in politics; they don’t know what they are saying. Though, they are SANs, I am the most experienced to be the governor of this state; I am more qualified than all of them.”