Skip to content
You are here: Home » NEWS » Okorocha denies reports regarding probe, recovery of assets by EFCC

Okorocha denies reports regarding probe, recovery of assets by EFCC 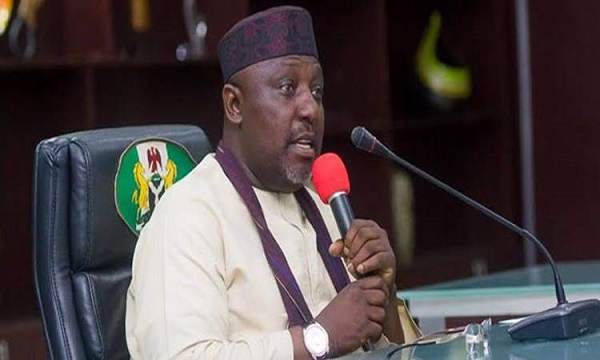 Rochas Okorocha, a Senator representing Imo West; has denied any court ruling that ordered the recovery of his money and properties.

Okorocha made this disclosure in a statement issued on Thursday, March 12; by his Media Adviser, Sam Onwuemeodo.

The former Imo governor has been facing legal battles due to corruption charges.

1st News had reported that a Federal High Court in Abuja granted permission to two civil society groups to commence a suit; seeking to compel the Economic and Financial Crimes Commission (EFCC) to prosecute Okorocha.

Justice Ahmed Mohammed, on March 3, had granted the leave to the groups; but a copy of the enrolled order of the court was only seen by our correspondent on Monday.

However, the statement from Okorocha noted that a fake story of assets recovery is spreading.

“Imo people and Nigerians, in general; woke up one morning to read in the media that a Federal High Court in Abuja presided over by Justice Ahmed Mohammed had granted the EFCC the licence to probe Senator Rochas Okorocha; following the application to that effect by Barr. K. M. Okere. Also, the Court ordered and listed what and what should be recovered from Okorocha including cash, moveable and unmoveable assets.”

“We swiftly challenge Barr. Okere or any other interested persons; including the PDP elements in the State to publish the said court order without further delay. Indeed they should do that within 48 hours.”

He noted that the investigation of Okorocha by EFCC operatives had begun long before now; there’s no need for any court order compelling the anti-graft agency.

“We ask that people should be following events as they evolve; instead of acting like people who prefer to live in the past.”

Okorocha’s media aide also accused the opposition party of blackmailing his principal ahead of the governorship election of 2024.

“The blackmail and propaganda against Okorocha had gained momentum after the Supreme Court review application Judgement which didn’t favour the PDP and its Candidate.”