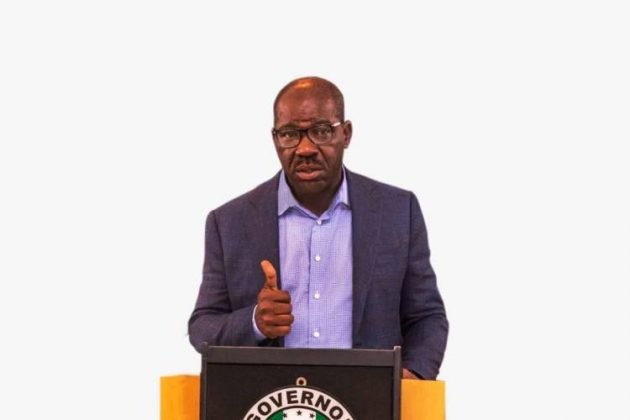 Chaos had reigned in the run-up to the primaries after a Federal High Court sitting in Port Harcourt on Wednesday, June 24, struck out the suit filed by Mr Omoregie Ogbeide-Ihama stopping Governor Obaseki from participating in Thursday’s PDP governorship primaries, in Edo State.

A counsel to the plaintiff, D. C. Denwigwe had in an oral application during the resumption of the hearing on Wednesday, informed the court that the parties in the suit had resolved the matter.

He explained their clients have settled and have directed their counsels to withdraw the case.

He also apologised to the court for the inconvenience and urged that the matter be struck-out based on the oral prayers.

However, News Gathered that Mr. Kenneth Imasuagbon, the only Peoples Democratic Party governorship aspirant vying for the ticket of the party with Governor Obaseki in Thursday’s primary has announced his withdrawal from the race.

Though Imasuagbon has stepped down from the contest where 2,229 delegates will choose the PDP gubernatorial flagbearer, voting went ahead in order to affirm Obaseki’s candidacy.

The governor was returned unopposed in the election held at the Samuel Ogbemudia Stadium in Benin.

With this development, Obaseki would face Pastor Osagie Ize-Iyamu of the All Progressives Congress (APC) and 13 others in the September 19 governorship election in the state.

The PDP confirmed the governor’s victory at the end of the exercise.

He wrote: “In case you haven’t heard, Governor Obaseki is returned unopposed, emerges as the flag bearer of the PDP ahead of September 19, 2020, gubernatorial elections.”

Facemasks Are Not Enough In Protecting You – NCDC