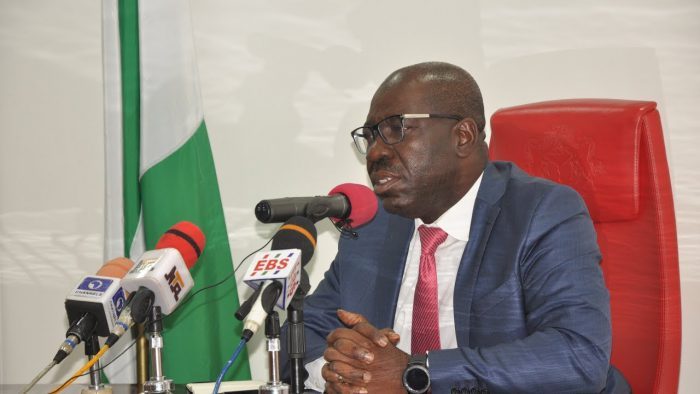 Gov. Godwin Obaseki of Edo State, on Monday in Auchi debunked rumour of his administration having issues with some leaders of the state chapter of the All Progressives Congress (APC).

NAN reports that Obaseki made this known to newsmen shortly after a closed-door meeting with the leaders of the party in Edo North Senatorial District.

According to him, “I have gone round the state, Edo South, Edo Central and Edo North, to speak with the leaders of the party and the feedback I am getting shows that there are no issues in the party.

“There are some few people who are trying to jostle for positions they hope are available in Abuja and try to call it favour.

“As far as am concerned, we have one and a solid united party. We have all agreed that as government, we have done well and the people are happy with us.

“Our party is a progressive party. The party that believes in putting the people first but some individuals want us to put them first, which is against our party philosophy, ” Obaseki said.

The governor and his Deputy, Philip Shaibu were at the palace of the Otaru of Auchi, Aliru Momoh, to break the Ramadan fast.