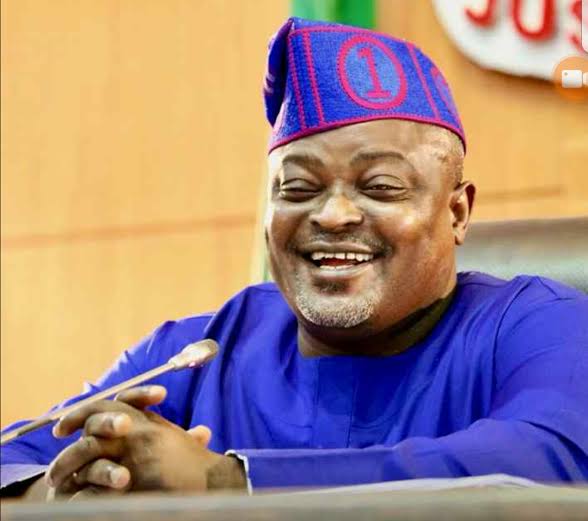 The Lagos State House of Assembly has reportedly concluded plans to clear the embattled Speaker, Mudashiru Obasa, of allegations of financial misconduct and also corruption.

According to an insider source, the motion will be debated on the floor of the House on Monday, June 8.

“After that, other members would vote in support of the motion to effectively end the various allegations of corruption levelled against the Speaker;” the source added.

Obasa was grilled by a panel on Saturday, regarding reports of fraud recently published on social media.

Among other things, he was accused of opening 64 bank accounts alleged to be linked to his Bank Verification Number with which funds were being siphoned.

His wife was also alleged to be collecting N10m monthly from the House; while some members of the House were reported to have spent N80m as estacode for training in Dubai.

However, Obasa denied the allegations, claiming his political opponents were responsible for his travails.

The Chairman of the House Committee on Information, Strategy, and Security; Tunde Buraimoh, said the panel set up by the Assembly was still looking into the issues.

Meanwhile, an anti-corruption advocacy group; Human and Environmental Development Agenda, has faulted the composition of an ad hoc committee by the Lagos State House of Assembly to probe corruption allegations against Obasa.

HEDA slammed the House of Assembly’s ad hoc committee decision; as it was allegedly composed of Obasa’s cronies.

According to HEDA’s Chairman, Olanrewaju Suraju, in a statement on Sunday; the allegations against Obasa should be handled by the Economic and Financial Crimes Commission.

Suraju said, “The panel set up by the Lagos State House of Assembly is made up cronies of the Speaker. There is no way justice will be delivered to the people of Lagos.

“Under the principle of fair process; the House is unfit to be a judge in its own case by constituting a committee to investigate allegations of crime against it.

“The allegations against the Speaker are criminal in nature and completely outside the parliamentary power of the Assembly. We have directed these petitions to the appropriate law enforcement agencies for their actions.”

“It would be honourable for the Assembly to allow these agencies discharge their statutory responsibilities of investigating this matter.”