Skip to content
You are here: Home » NEWS » NYSC members to earn minimum wage from 2020 – Minister 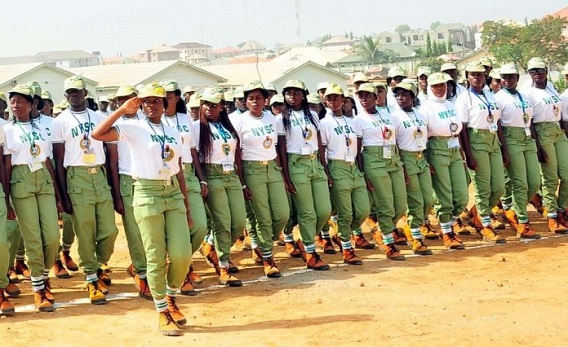 The Minister of Youth and Sports Development, Sunday Dare, has revealed that; serving members of the National Youth Service Corps (NYSC) will benefit from an increment in allowances; as a result of the N30,000 minimum wage from next year.

Dare further explained that the increase has been incorporated into the 2020 budget recently passed by the National Assembly.

The minister made this assertion; during a visit to the orientation camp of the NYSC in Iyana-Ipaja, Lagos state on Thursday, December 12.

“I have always advocated that Nigeria must invest in the Youth. We at the Ministry are refocusing the development of our youth in terms of programming.

The Ministry has developed a programme called DY.NG. We want it to be a two-month program that you would run during your service; after which you will have some level of certification. It will give you that added advantage beyond your degree,” Dare was quoted to have said in the statement.

He said the template is being set up in partnership with the NYSC Directorate; some of the digital skills to be learnt include data processing, cloud computing, app development.

Meanwhile, the Director-General of the NYSC, Brig-Gen Shuaibu Ibrahim; has re-stated the zero tolerance of the scheme against mobilising unqualified graduates for National Service.

He said the NYSC scheme would not relent in its efforts; towards sanitising the mobilisation process as the NYSC Act does not allow the scheme to mobilise unqualified graduates to participate in the service corps.

The DG stated this while addressing Commanding Officers at the HQ 3 Division, Nigerian Army in Jos, Plateau State.

In a statement by the Director, Press and Public Relations of the NYSC; Adenike Adeyemi, Ibrahim lamented the influx of unqualified graduates from some universities in West African countries.

The DG solicited support from every stakeholder to end the “abnormally.”

He commended the Army for its support through security, accommodation and welfare for serving corps members at all times.