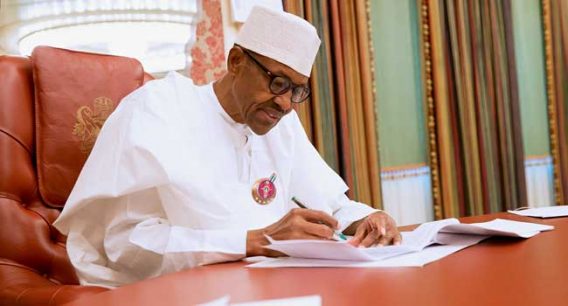 President Muhammadu Buhari has assured that all 36 states and the Federal Capital Territory will be treated equally; while tackling security and socio-economic challenges facing the country.

Specifically, this was disclosed by Garba Shehu, Senior Special Assistant on Media and Publicity to Buhari; in a statement issued in Abuja on Tuesday.

Indeed, Garba Shehu was reacting to Tuesday’s Senate resolution calling on the Federal Government to include Niger, Zamfara, Kaduna, Sokoto; as well as Kebbi state in the military operations against bandits.

President Buhari had on May 17, via a statement by Shehu in Abuja; authorised a major military operation to sweep bandits and kidnappers out of Katsina State.

Shehu said: “A major proactive operation by Special Forces, which details are being kept secret; is now in progress to replace the reactive strikes against insurgent camps. To give a full effect to the exercise, a planning team is already in the state; selecting targets and making preparations for the execution of the ‘unprecedented’ operation’’.

The Senate at plenary, on Tuesday, commended Buhari for his directive to launch a military offensive against bandits in Katsina. The commendation came against the backdrop of a motion considered on the need to integrate adjoining states; including Niger, Zamfara, Kaduna, Kebbi and Sokoto.

However, the presidential media aide said that the Buhari administration would not make any state to suffer discrimination; especially in dealing with security and other matters on account of their political differences with the government at the centre.

Already, he said, the Ministry of Defence had concluded plans to begin Operation Accord; a major military exercise aimed at flushing out insurgents from the contiguous states of Kaduna, Niger, Katsina, Zamfara; as well as Sokoto and parts of Kebbi states.

“While today’s (Tuesday) Senate resolution is perfectly in order, it is important to state that in his duty as Commander-in-Chief; President Muhammadu Buhari has already approved the commencement of this operation.

“Beyond this announcement, no other details concerning the mode, scope, timings and other essentials will be revealed; so as not to compromise its success. It is, however, important to outline the fact that all the states of the federation are equal and important before the President.

“None has suffered any discrimination up to this point…None will be made to suffer any such discrimination in dealing with security and all other matters; on account on their political differences with the government at the centre.’’

FAAN allegedly slashes workers’ salaries due to loss of revenue