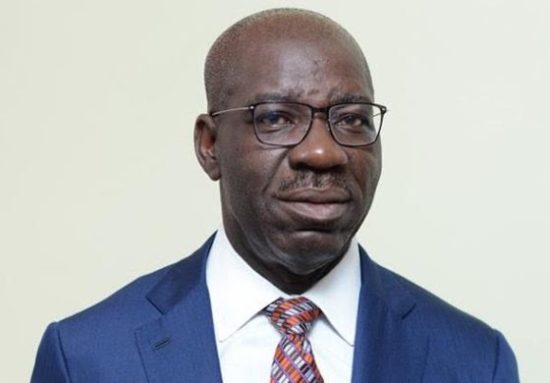 Edo state governor Godwin Obaseki has come out to reveal that no man can stop him from returning as the governor of Edo state for a second time.

“I am not a violent person. But I am confident that the way I got into power is the same way I will return. “God gave me power. If he wants me to return I will continue. No man can stop me. Power comes from God.”

He also spoke on the crisis in the state chapter of his political party and said efforts have been made towards achieving peace in the party“We have always canvassed for peace. What are the issues in Edo and what are the issues that cannot be resolved in a democracy. Our concern is to use the resources of the people to develop the state.

“This shouldn’t lead to bloodshed. We will not accept to be cowed and intimidated because some people think that they can manipulate rules and cut corners.” “I have friends with resources. I worked for eight years behind the scene before I became governor. “So all that insinuations about using somebody’s resources…I became Governor on the platform of the party and I am grateful for it. “It does not matter whether it is direct or indirect (primaries), I will win.”

We Are Lucky To Have A President Like Buhari – Femi Adesina