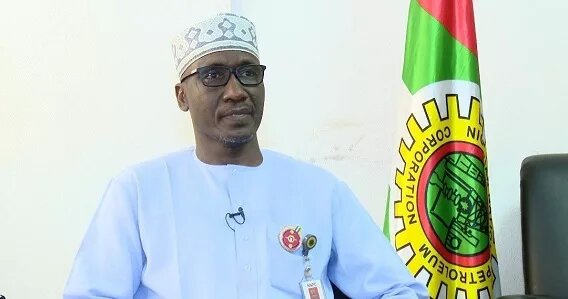 The Nigerian National Petroleum Corporation (NNPC) says its target to grow the nation’s reserve to 40 billion barrels by the year 2023.

He spoke during the unveiling of 2D seismic data acquisition in the Bida/Sokoto Basin in Minna on Wednesday, June 17.

The NNPC MD said that efforts were ongoing for the exploration of inland basins; with a realistic and achievable target of growing the nation’s reserve.

“Efforts in the search for hydrocarbons in the frontier basins have been intensified. More geological targets are identified for exploration,” Kyari who was represented at the event said.

Kyari, who was represented by Alhaji Abdullahi Bomai, Group General Manager, Frontier Exploration Services; explained that 600 kilometers of two-dimensional seismic data would be required as prospects in Bida Basin. This would be used to further evaluate the potential of the basin.

He said that the programme would cover eight local government areas in Niger state which include; Mokwa, Lavun, Gbako, Bida, Katcha, Agaie, Edati, and Lapai, adding that two were in Kwara and one in Kogi.

According to him, a lot of skilled, semi-skilled, and unskilled workers will be engaged in different categories; adding that the operations were usually associated with damage to land, crops, and economic trees.

“It is the industry standard to assess such damages and provide appropriate compensations to affected persons and communities so as not to cause panic or disturbance,” he added.

He said they have also identified prospective hydrocarbon exploration targets in the basin.

Kyari added that the samples collection and preparation was carried out by IBB University Lapai consultancy services.

Responding, Gov. Abubakar Bello of Niger, commended the management of NNPC involved in the process research and expressed optimism that the state would soon be among oil-producing state.

He said that the state government would give necessary support and cooperation needed for the commencement of hydrocarbon exploration in the state.