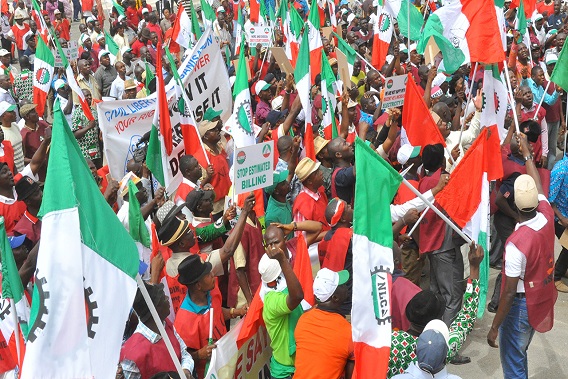 The Lagos State Chapter of the Nigeria Labour Congress (NLC) has urged workers to reflect on the future of work to enhance the ability to confront the challenges ahead.

The state chairman, Mrs Agnes Sessi, made the call in a statement on Saturday, April 2; in commemoration of Workers’ Day celebrated annually on May 1.

Sessi said that the challenges ahead were enormous; however, not insurmountable.

“Apart from high infection and mortality rate; the biggest impact of COVID-19 pandemic is the disruption of socio-economic order.

“According to the International Labour Organisation (ILO); 25 million people will likely lose their jobs as a result of the pandemic.

“It also warns of severe job contraction in the informal sector as the opportunity for people to be engaged will be highly restricted; given the restriction of movement in many places,” she said.

The NLC chairman also said that the union was aware that some employers might exploit the current situation; and engage in anti-labour practices in their organisations to further inflict pains on workers.

She, however, warned that such an act would be vehemently resisted by the NLC.

“While labour will continue to show understanding at this trying time; we implore employers to be cautious in taking decisions on issues that border on the livelihood of workers.

“We appeal to the three arms of government; including the Executive, Legislative and Judiciary; to provide unrivalled leadership and services not only to the workers but the entire citizens of Lagos State.

“Also, agencies that are saddled with responsibilities of protecting the rights of the workers at work should be alive to their duties,” she said.

Sessi, while commending the government for its efforts in fighting the pandemic; called on the government not to renege on its responsibilities of providing the needed Personal Protective Equipment (PPE) for healthcare workers.

She said: “Applauding the health workers is not enough; without the continuous provision of safety kits for them to prevent transmission of the virus.

“We do not want health workers to become dead heroes and victims; because we need as many health workers as possible to be alive and healthy to keep up the good work they are doing.”