Skip to content
You are here: Home » NEWS » NLC on collision course with NERC over electricity tariff hike

NLC on collision course with NERC over electricity tariff hike 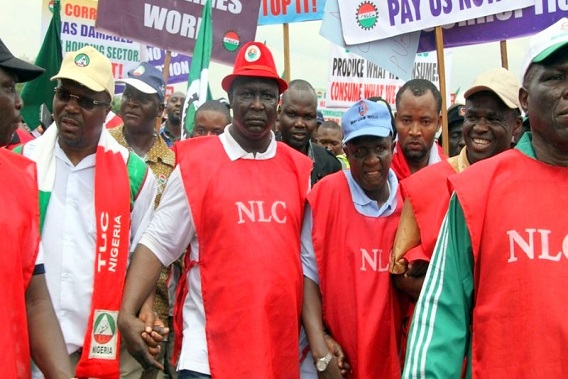 The Nigeria Labour Congress (NLC) on Tuesday, February 25; said it would mobilise Nigerians to resist any form of increment in the electricity tariff; whether in form of Value Added Tax (VAT) or others.

This warning was announced by the President of the Nigeria Labour Congress (NLC); Ayuba Wabba, who spoke in Lagos.

Wabba warned that the congress would not support any increase in the electricity tariff; as it would further impoverish Nigerians.

“The tariff increase cannot be the answer to the power failure in Nigeria. Rather it would lead to job loss and many businesses are going to close and this we would not allow to happen.

“The NLC would mobilise Nigerians against the increase and force the Discos and NERC to retract their steps,” he said.

Wabba said presently no worker in Nigeria can be able to pay more for electricity; wondering how much out of the new wage of N30,000 can be spared for electricity.

He said that the increase in VAT on electricity bill to consumers is double jeopardy and clearly a form of exploitation.

“It is clearly exploitation as no meters are provided; when provided they are not durable and the Discos just charge consumers as they like. So you see that consumers are at the receiving end of paying for light not provided,” he stated.

The NLC boss said the NLC would not attend any of the public hearing by the Discos; noting that only the National Electricity Regulatory Corporation (NERC) has the responsibility to organise such forum.

He said, “Actually, we are going to the meeting with facts and figures of how many companies that have gone into extinction due to the problem of power and how many people would go should there be any increase.

“We have a report from Action Aid on how many companies have closed down and this we are ready to share with them at our meeting with NERC for them to know that we are talking from a knowledgeable background.”

He said that the Federal Government instead of supporting the Discos on increasing tariff at will should come out boldly to let Nigerians know if the privatisation of the sector has failed.