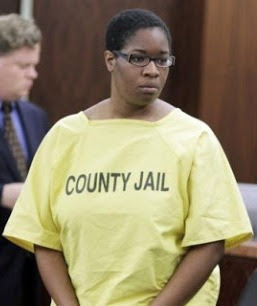 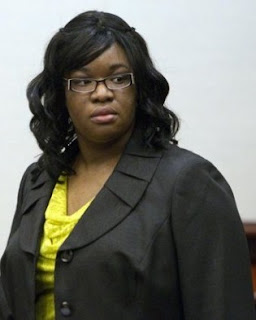 24 year old Nigerian/American woman, Jessica Tata, was sentenced to 80 years in prison on Monday November 20th after being found guilty of the death of one of four children killed in a fire at her home day care in Houston.

16-month-old Elias Castillo and three other toddlers died after Tata left them unsupervised at her home while she went to a nearby store. Prosecutors say she left a pan of oil cooking atop a stovetop burner and that this ignited the February 2011 blaze. There were 7 children when the fire started, four died, three survived.

Tata still faces three more counts of felony murder in relation to the other children who died, and three counts of abandoning a child and two counts of reckless injury to a child in relation to three who were hurt. So she will be getting more years added to the 80 as other cases come up.

I’m sorry to say this, but I think she deserves the sentence! How the heck are you going to leave 1year olds unsupervised?