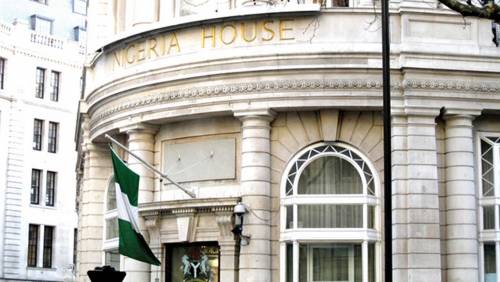 This came to light on Tuesday, February 25; when the UK Foreign Office gave the breakdown. The office revealed the Nigerian Embassy was owing £7, 063, 965 in congestion fees and £47, 165 in parking tickets.

The figure amounts to more than three times the entire 2020 budget of the high commission; which stands at N1.6bn

London charges a daily congestion fee of £11.50 (N5,405); if one drives a car within the central zone at any time between 7am and 6pm on weekdays.

The charge was put in place in 2003 to dissuade people from using their private vehicles; and instead to patronise the public transport system to prevent traffic congestion.

However, President Muhammadu Buhari has visited London on several occasions since the inception of his presidency.

The president has spent not less than 240 non-consecutive days in the last five years; mostly on health grounds, private matters and investment summits.

Shehu said the aircraft was on standby for the purpose of the immediate return of the President.

He said the decision to leave the aircraft in London was in line with protocol; national security; as well as prestige.

Meanwhile, the UK Foreign Office has said the United States Embassy in London was also owing £12m in unpaid congestion charges; which is the highest among the five countries listed.

The Japanese Embassy comes second at £8.51m while the Nigerian Embassy was listed as third.

India comes fourth with a debt of £6.01m; while the Russian Embassy owes £5.72m in congestion fees.

Overall, the value of unpaid congestion charge debt incurred by diplomatic missions and international organisations in London; since its introduction in February 2003 until December 31, 2018, as advised by transport for London was £116,868,825.

Meanwhile, Foreign Secretary, Dominic Raab, said the government had held meetings with the embassies to press for payment.